WHEN DID WE FORGET? 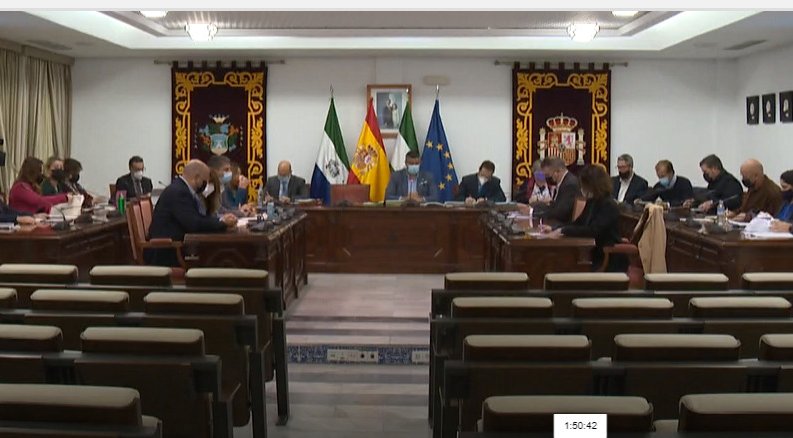 "Who are our elected members working for? Image - Mijas Communication Live Stream

Half a dozen friends get together and decide to form a club. They elect a leader who will help to keep them on track with their stated interest of collecting in flight sick bags. Yes, this is a hobby believe it or not. You can even trade them online with other sick bag collectors. They would get together and compare their recent acquisitions, looking enviously at the bag collected from the lesser known Air Mongolia.

One of the members moves away for work reasons, and another one dies so now there are only 4 in the group. As a good leader, the chairman of the club decides they need new members and possibly even a recruitment drive. Very soon their focus changes from the fascinating shape and corners of the Air China sick bag and they spend their time producing publicity and talking about how Social Media could be used to augment their dwindling numbers. After all, just one accident could put the future of their club at risk of disappearing forever.

This was the process which Swiss psychologist, Jean Piaget, described in his theory of the behaviour of groups clubs, societies or whatever you want to call it when people come together and formalise this meeting with a name.

Political parties are just clubs with a more respectable title than the “Much Wenlock In Flight Sick Bag Collectors Club”, but their behaviour is really not any different. Apologies in advance to anyone from Much Wenlock.

So, to political parties. There comes a point when the focus on policies is replaced by the need to recruit new members, when the criticism of opponents supersedes the promotion of positive policies, when the desire for survival of the “club” exceeds all other objectives. Although, perhaps not all other objectives, as I was reminded some time ago by a senior politician, that we do not exist to be in opposition but to be in power.

Now, you could argue, that without being in power you can’t do anything other than criticise those who are, so in this sense she was probably right. Or, was she? Surely, the purpose of the party is to promote a philosophy, an ideology which the people can either take or leave as it suits them. But for the sole aim of the party to be getting into power seems to me that something has been forgotten. When was the desire to do good overtaken by the desire to be in power, or to stay in power?

It does seem to me that the pursuit of power has replaced the very basis of the political process which should be serving the needs of the community and not the avarice of politicians. I wonder if some even remember why they are in politics. When did we forget that politics is not about the politicians, but about the people? When did our survival as politicians become more important than our ideals?

We become resigned to the idea that politicians are only in it for themselves. Maybe that is why the percentage of eligible voters who actually turn up at polling stations is often so low. Perhaps we politicians need to forget about our own ambitions and get back to basics and remember why we are here in the first place.