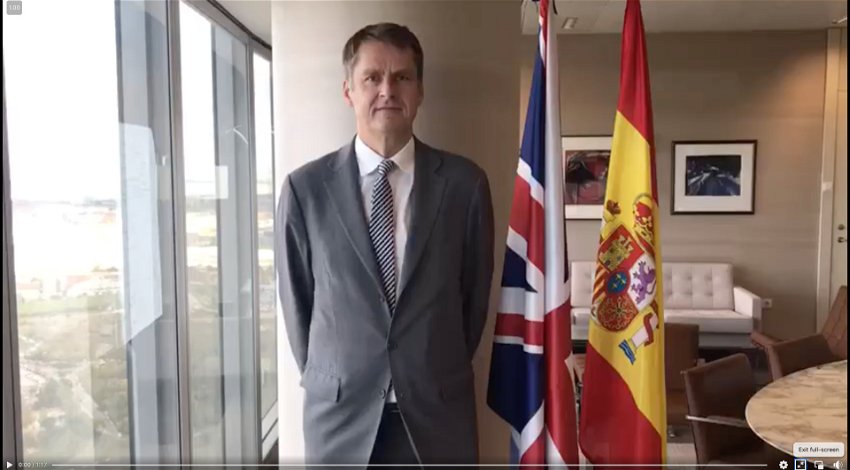 Hugh Elliott, British Ambassador to Spain, today announced positive news for British expats in Spain and the Balearics who have been affected by the driving licence headache, which has left many Spanish residents from the UK unable to drive in the country – unless they sit a driving test.

Mr Elliot announced the news via a video on his official Twitter page and on the Brits in Spain Facebook page, saying that the two previous issues in negotiations have now been resolved.

While no exact time frame has been given, it appears that it is just bureaucracy that stands in the way of licences being exchanged.

Once sorted, British residents in Spain will have another six-month grace period to exchange their licence for a Spanish one, in which time they can continue to use a valid UK licence.

“Today we have made a significant step forward. You may recall that we have been in discussions with the Spanish for some weeks over two outstanding, complex issues,” said the ambassador.

“I’m pleased to be able to tell you that we have now reached an agreement on those two points.

“So we will now take forward the remaining steps including legal checks, securing ministerial approval on both sides, which for Spain is by the Consejo de Ministros (the Spanish Cabinet), and the necessary treaty processes and formal exchanges.

“What I can’t tell you today is exactly how many weeks those final steps will take. But I can tell you that the process is already.”

He explains that once legal and political approvals are done, confirmation will be published on the BOE, or state bulletin.

“At that point, you will have six months to exchange your UK licence for a Spanish one, and during that time you will be able to drive using your existing valid UK licence,” he continues.

“I hope this latest news gives you some reassurance and helps you consider your next steps.”

Brits in Spain followers shared their delight at the news.

One said: “Finally some positive news which materialises in the form of a step forward! Let’s now hope it’s a matter of just a few weeks and not months. Thank you!”

A second wrote: “Thank you Ambassador and your staff for this positive news! I appreciate it hasn’t been an easy process. We now look forward to finally driving again!”

A third added: “Well after so long it is nice to receive some positive news let’s hope the Spanish now get this done in weeks not months.”