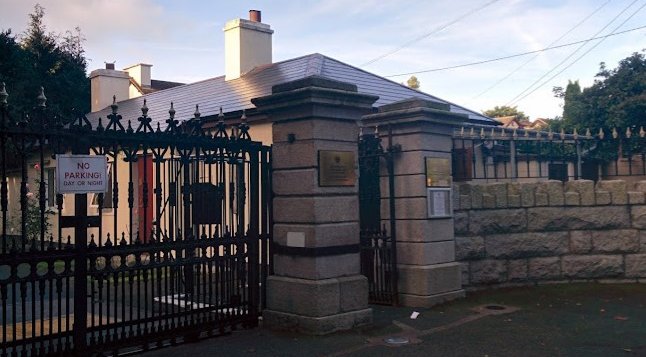 Russian Embassy staff in Dublin have been asked by the Irish government to leave the country.

A number of people at the Russian Embassy in Dublin have today, Friday, November 18, been asked to leave the country. Earlier this week, it was announced by Moscow that 52 Irish officials had been placed on a sanctions list of people prohibited from entering Russia.

Simon Coveney, Ireland’s Minister for Foreign Affairs said that: “consideration in relation to the appropriate level of diplomatic representation of Russia in Dublin”, had been ongoing.

He claimed that today’s move was: “not necessarily connected to what we’ve seen this week, in terms of the sanctioning of individual politicians in Ireland”. A decision on further action would be discussed “in the coming week or so”, he added.

There are currently around 25 people working in the Russian Embassy Mr Coveney told the RTE programme Morning Ireland. He explained that in order to determine exactly how many diplomats, or others, were involved, advice had been received from various intelligence sources. These included the Irish Defence Forces and An Garda Siochana, the Irish police.

He described Moscow’s banning of 52 Irish politicians and officials as an “unwelcome distraction”. Ireland “should not play this game” insisted the minister. Russia has been held to account “very effectively” by the Irish government he said, which is something they should keep their attention focused on.

The full list of Irish officials banned from entering Russia included Micheal Martin, the Taoiseach (Irish PM), Leo Vardakar, the Tanaiste (deputy PM), and Mr Coveney. This was revealed by the Department for Foreign Affairs yesterday, Thursday 17. Moscow’s action was made in response to Western sanctions over the conflict in Ukraine.

All 52 of the listed officials have already been informed pointed out the minister but its contents would not be published by the Department For Foreign Affairs. None of them had planned on travelling to Russia at any point in the near future anyway added Mr Coveney.

Yury Filatov, the Russian ambassador to Ireland was summoned by Mr Coveney to a meeting on Thursday 17. He spoke with Sonja Hyland, the Irish Deputy Secretary General of the Department of Foreign Affairs. Filatov was informed that according to the Taoiseach, Moscow’s behaviour was ‘totally unacceptable’, as reported by bbc.com.

Originally from Wales, Chris spent years on the Costa del Sol before moving to the Algarve where he is a web reporter for The Euro Weekly News covering international and Spanish national news. Got a news story you want to share? Then get in touch at [email protected]weeklynews.com