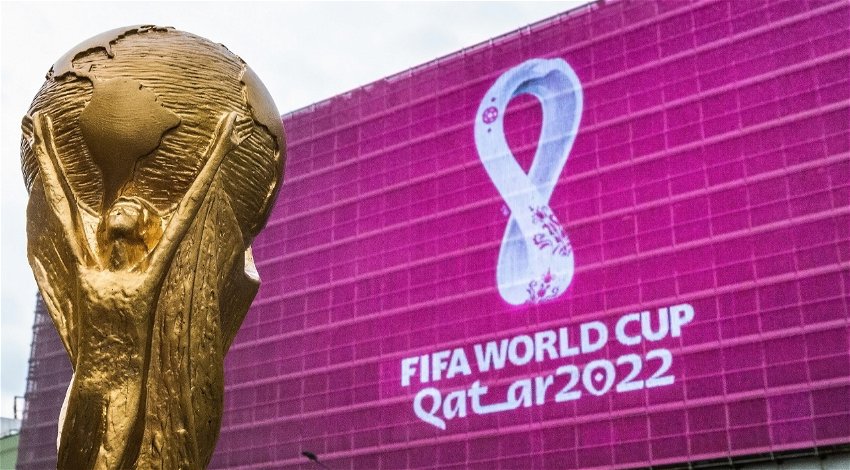 15:35 (November 18) – English goalkeeper Aaron Ramsdale has seen the funny side of the Qatar World Beer ban.

Ramsdale said: “If the fans can’t drink, we’ll have to play better.”

Perhaps said in jest, but perhaps also a keen point in that the lack of alcohol sales could change the atmosphere and the mood in stadiums during the World Cup.

It could also possibly lead to many fans shunning the lesser games for which tickets are often sold at the last minute, as fans take to their hotel to watch these along with good old-fashioned pint.

The ban also has the potential to change the atmosphere outside of the stadiums before the games, with alcohol bans elsewhere in the world resulting in people pitching up to the games already inebriated.

This could turn very interesting.

11:31 (November 18) – Qatar has moved to ban beer sales at the World Cup venues despite having agreed and said publicly that it will the beverage to be made available.

According to the New York Times on Friday, November 18, an official not authorised to speak to the press told them that an official announcement was being prepared by Qatari authorities for release later today.

The question of alcohol sales has been an issue since the country was awarded the rights to hold the tournament, with drinking tightly controlled and restricted in the Muslim country.

A moving yes you can, no you can’t approach has created tensions between FIFA, the nations attending the event and the hosts and comes on the back of the police trying to stop a Danish reporter with a permit from reporting live.

With less than 48 hours to go to the opening game, the U-turn calls into question the $75 million Budweiser sponsorship.

The change will bring further criticism of FIFA who have for years been castigated over its decision to award the country the rights. It also suggests that FIFA in doing the deal may have given away more control of the event than originally intended, FIFA typically controlling the World Cup 100 per cent.

It also creates a problem for FIFA whose fanzine specifically states that “ticket holders will have access to Budweiser, Budweiser Zero, and Coca-Cola products within the stadium perimeter” for at least three hours before games, and for one hour afterward.

According to the report World Cup organisers have declined to comment on the news nor did Budweiser, who admitted last week that they had already been blindsided by changes made by Qatari officials.

There is also a suggestion that the beer tents that will be allowed will no longer be able to carry the company’s branding and will either be blue or white.

After agreeing to the rules under which the World Cup is held Qatar has now moved to ban beer sales calling into jeopardy Budweiser sponsorship and raising the ire of fans who are already annoyed with the event being held in a country with an atrocious human rights record.