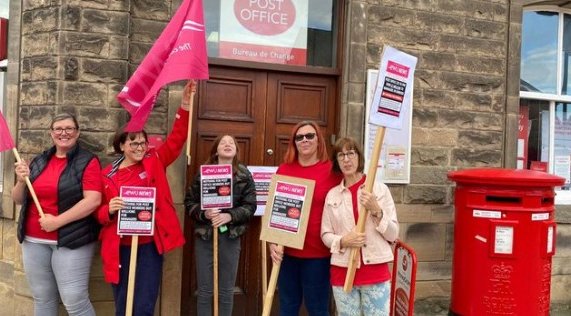 Six strike dates in December have been convened by Royal Mail postal workers, including Christmas Eve.

The Communication Workers Union (CWU) announced a series of six fresh strike dates by Royal Mail postal workers in December. Among them is December 24, Christmas Eve. The other dates are December 9, 11, 14, 15, and 23. Around 115,000 workers are represented by the convening union.

This new round of industrial action is a continuation of the long-running dispute over working conditions, jobs, and wages.

“The CWU want a negotiated settlement with Royal Mail Group and will continue to engage the company to that end. But those in charge of Royal Mail need to wake up and realise we won’t allow them to destroy the livelihoods of postal workers”, commented a CWU spokesperson.

In response, a spokesperson for Royal Mail said: “Our preference is for an agreement with the CWU but the change we need is not optional. They should be focused on a resolution to this dispute for their members and the long-term health of the business, rather than damaging strike action”.

Sweeping structural changes are being planned by the Royal Mail – an arm of International Distribution Services – which the CWU claims are detrimental to the service. They say it will subsequently transform well-paid jobs into a ‘casualised, financially precarious workforce’.

Among the British postal company’s plans claim the union are one that will see the public receive their port three hours later than normal. New staff will face inferior terms, and sick pay will be gutted. Talks with the CWU have been extended said a Royal Mail spokesperson, as reported by metro.co.uk.