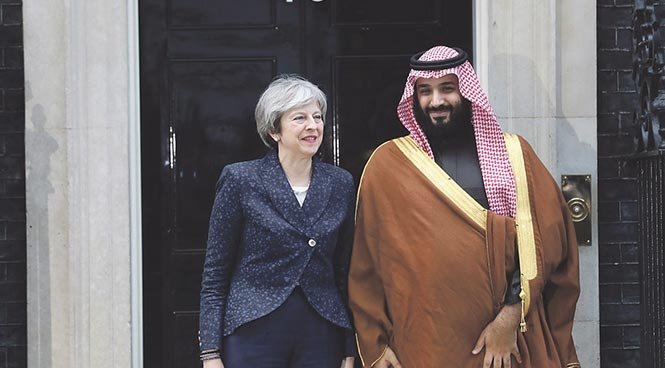 Saudi Crown Prince, Mohammed bin Salman, who is accused of ordering Jamal Khashoggi’s killing has been told by the US government that he has immunity.

The decision on Friday, November 18 comes as the Biden administration says that as the head of state he has immunity from prosecution.

The decision comes as a blow to the fiancée of Washington Post journalist Jamal Khashoggi, whom the administration said was murdered on the instruction of the prince.

According to Justice Department lawyers the situation was largely out of their control as the Crown Prince had been appointed Prime Minister of Saudi Arabia since the killing.

According to court filings: “Mohammed bin Salman, the Prime Minister of the Kingdom of Saudi Arabia, is the sitting head of government and, accordingly, is immune from this suit.”

The filing calls the murder “heinous” and is likely to get an angry response from those affected, as it will from those who are critical of the country’s human rights record.

President Joe Biden, who says he tackled bin Salman directly on the issue, went to Saudi Arabia earlier this year in the hope that relationships between the two countries would improve – they haven’t – and that the issue of Khashoggi would be resolved.

The White House is currently re-evaluating the relationship with Saudi Arabia who recently cut oil production despite the shortage caused by the war in Ukraine.

The court case was brought by Hatice Cengiz, Khashoggi’s fiancée, and DAWN a Washington-based human rights organisation. In the case they allege bin Salman and 28 others were involved in or responsible for Khashoggi’s death saying they: “kidnapped, bound, drugged, tortured, and assassinated him.”

The journalist’s remains have never been found despite video evidence of his abduction at the Turkish Embassy in Istanbul.

US intelligence published in 2021 directly implicates bin Salman, however, he has denied the allegations and sought immunity from prosecution. He claims that his various government and royal positions gave him immunity and put him outside the US courts’ jurisdiction.

At the time he was not entitled to immunity but was moved into the prime minister role days before the decision by the government, in what many believe was a move to protect him from prosecution.

Enter your email to sign up for the CNN Meanwhile in America Newsletter.

“I think that’s why he was appointed prime minister is to get out of this.”

Saudi Crown Prince. Mohammed Bin Salman is accused of overseeing other killings, but cases filed against him have fallen for the same reason as the one brought by Khashoggi’s fiancé.