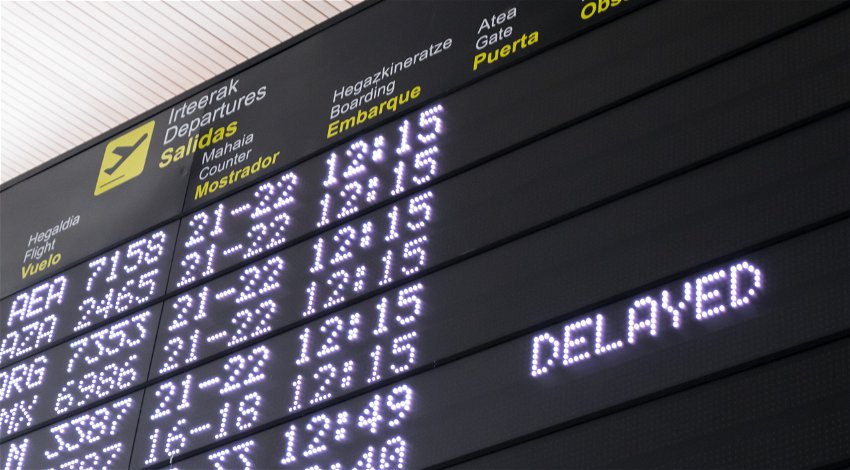 A WARNING has been issued to all British passengers flying to Spain ahead of the Christmas getaway.

London Stansted airport has informed passengers that if anyone is deemed unfit to fly, they may be denied boarding.

In particular, this relates to those who drink too much before or during their flight – disrupting a flight is an offence that can lead to a maximum sentence of two years in prison.

Additionally, those who delay a flight from taking off due to how much they have had to drink could be slapped with a £5,000 (€5,770)  fine.

More serious offences include an £80,000 diversion fee if you cause a mid-air incident, and an outright airline ban if you cause the flight to be cancelled.

These warnings form part of the One Too Many campaign, which urges all passengers to fly responsibly or pay the price.

London Stansted posted the zero-tolerance warning on Twitter, with the message: “We’re supporting the #OneTooMany campaign.

“Don’t get left behind, travel responsibly, and avoid serious consequences.”

All passengers from any airport are urged to follow the rules relating to alcohol consumption – not just from Stansted.

Yesterday a Ryanair passenger narrowly avoided jail for being drunk onboard a plane because she said the crew kept serving her alcohol.

Mum-of-two Emma Connell was instead handed a £400 (€457) fine for being “drunk and rowdy” on a Ryanair flight from Mallorca to Manchester.

Tameside magistrates court heard from her defence lawyer, who claimed flight staff kept giving her miniatures that “reacted badly with her medication”.

Ms Connell, aged 39, was detained at Manchester Airport last September following a flight home from Mallorca after police were told she had been “abusive to staff and passengers while being heavily intoxicated”.