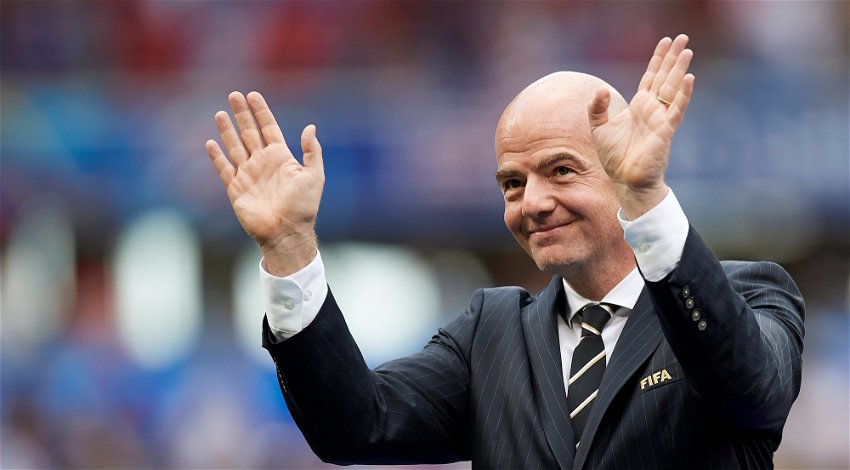 The FIFA President, Gianni Infantino, has launched a tirade against western critics of the World Cup as he addressed journalists on Saturday, November 19.

With less than 24 hours to go to the opening of the tournament, Infantino hardly spoke of the game instead focusing on what he called the “hypocrisy” of Western criticism.

Making reference to criticisms of Qatar’s human rights record he said: “We are taught many lessons from Europeans, from the Western world.

“What we Europeans have been doing for the last 3000 years, we should be apologising for the next 3000 years before starting to give moral lessons.”

He went on to accuse the West of double standards say that some of the criticism was “profoundly unjust” despite admitting things weren’t perfect.

The hour long start to the news conference started with the president saying that he knew what it felt like to be discriminated against, to be bullied as a child for having red hair and freckles.

“What I’ve seen brings me back to my personal story. I am a son of migrant workers. My parents were working very very hard in difficult situations.”

Infantino has worked hard to defend the decision to award to World Cup to the Islamic country despite not having been in charge when the decision was made. Appearing exhausted, what would normally be a time for the president to preside over the tournament his time has been taken up with having to deal with crises and to defend the host country.

He also went on to criticise those who want their pint and the tournament saying that he feels sorry for someone who cannot go for three hours without a beer. But in doing so he missed the essence of the sport further alienating himself from supporters of the game.

Despite his best efforts and the historic nature of the tournament, the first to be held in the Middle East, the tirade by the FIFA president will do little call the hounds off but will instead raise more questions about the sport’s leadership – which after all is about the players and the fans.