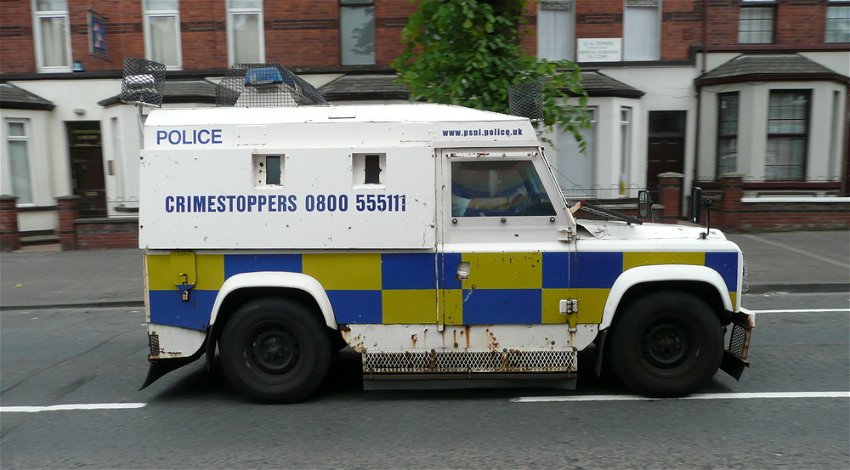 Three men have been arrested in Northern Ireland on terrorism charges after a failed bomb attack on two police officers earlier this week.

The police in Northern Ireland said on Saturday, November 19 that the men were arrested in Strabane where the attempted murder of the police unit happened.

Announcing the arrests on Twitter, Police Service of Northern Ireland (PSNI) said: “Detectives from the Terrorism Investigation Unit investigating the attempted murder of two police officers in Strabane on Thursday evening… have arrested three men and conducted a number of searches in Strabane.

A routine patrol in the town was targeted on Thursday resulting in damage to the police vehicle. The officers were uninjured in the incident which involved a command wire and an improvised explosive.

The attack is said to have taken place in a busy residential area, being described by police as reckless.

The PSNI said that a “strong line of inquiry” suggested that the New IRA was behind the attack. The area is said to be a stronghold for the group, who have been active in other incidents in recent years following the downing of arms by the Real and Provisional IRA.

Passions are high in the country at the present with disagreements over the Good Friday Agreement and the EU border deal agreed by Boris Johnson. Those tensions have been further exacerbated by the failure of the Stormont parliament to reconvene following elections earlier this year, after the DUP refused to partake in protest against the BREXIT deal.

All parties were, however, critical of the attack and the quick arrest of the three men over the failed bomb attack will be welcomed and applauded by all sides.