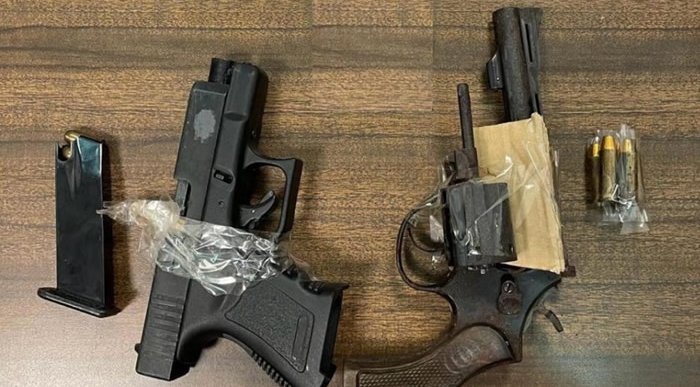 After an alleged case of domestic abuse a woman reportedly attempted to shoot her husband in the Mallorca capital of Palma but her gun jammed.

As reported in a statement from the National Police in the Balearic islands on Sunday, November 20, a married couple were arrested in Palma de Mallorca. They were detained following a fight during which the wife attempted to shoot her husband.

The incident occurred in the La Soledad district of Palma, last Monday night November 14. A call was received by the 091 emergency number informing the operator that a woman was in possession of a firearm in the street. She was reportedly surrounded by a crowd of about 30 people.

On arrival at the scene, National Police officers were approached by a crowd of people who told them the address where the woman who was carrying the weapon was hiding. One man from the crowd handed the officers a pistol and a knife. He said they had managed to take the weapons from the woman after she had threatened people with them.

The police entered the woman’s home and she reportedly informed them that she was no longer carrying the weapon she had on the street, but that she had another firearm on the bed. Finally, the officers were able to verify that her statements were true and confiscated this second weapon.

She explained that an argument had broken out with her husband which resulted in a fight. He repeatedly hit her face while the woman hit the man’s head with the television remote control, causing various bleeding wounds. After the fight was over, the man left their home but returned later, accompanied by some relatives.

He allegedly entered the home with his brother and sister-in-law where they found the woman with a firearm. She proceeded to cock the gun and aimed it at them, but it jammed. Her husband and his relatives left the house, pursued by the woman who subsequently threatened those on the street with her weapon.

The police officers were able to verify that the pistol contained a jammed cartridge and that the serial number had been tampered with. In addition to the woman’s gun, two more firearms, ammunition, and a knife were seized.

An investigation has been launched to fully clarify the facts surrounding the incident and to verify the origin of the weapons to determine if they had been used previously, as reported by 20minutos.es.