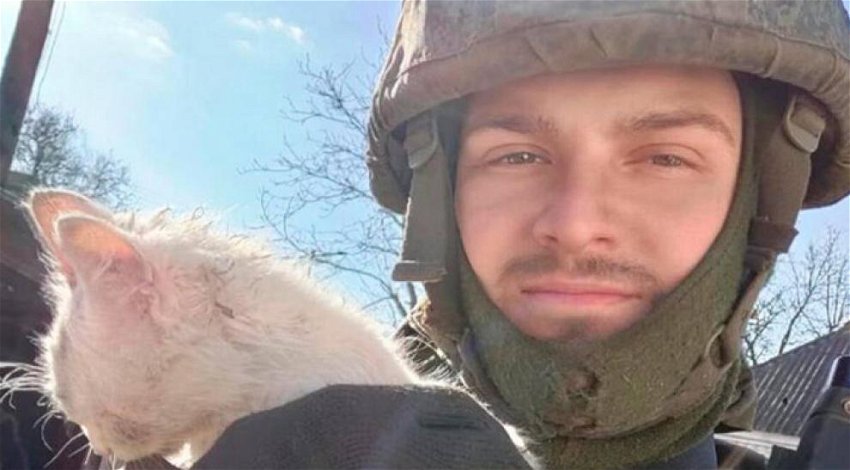 19:15 (September 21) – Nikita Chibrin, the Russian soldier who has claimed asylum in Spain has said his comrades were suffering from “Rambo syndrome.”

The former soldier said his unit had been under the command of the “butcher of Bucha” Commander Azatbek Omurbekov, whose troops were accused of carrying out several massacres and raping women and girls.

Speaking to the Daily Mail he said that the actions weren’t endorsed by their superiors, but they were operating in an environment of fear and intimidation.

The 27-year-old said: “They wanted to shoot them” and “were intimidated

Operating under severe psychological pressure Chibrin said: “They went crazy” ransacking houses for valuable items such as mobile devices and household decorations.
He added that some also took it upon themselves to rape and abuse the women and children

“Ukraine treats its soldiers much better,” he said, mentioning that eve some soldiers “were intimidated by cutting off their penises.”

08:17 (September 18) – A Russian soldier has requested asylum after making his way to Madrid following four months of service in Ukraine.

The asylum claim was made by Nikita Chibrin, 27, was reported late on Thursday, November 17 by El Diario.

Chibrin made the asylum claim after being held in the airport’s immigration centre following his arrival in Madrid on Tuesday. He said that on June 16, he hid inside a truck that was heading to Russia to collect food and from there he made his way across to Spain with the help of Gulagu.net, a human rights network.

Speaking by phone he said that he looked forward to testifying in an international court: “I have nothing to hide,” he says. “This is a criminal war that Russia started. I want to do everything I can to make it end.”

Denying involvement in war crimes committed by his unit, Chibrin said he did not fire “a single shot” while in Ukraine.

He added that he communicated his opposition to the war to his commanders on February 24, following which they stripped him of his rank and put him on manual labour tasks.

“They threatened to imprison me. In the end, my commanders decided to use me for cleaning and charging. They took me away from the battlefield.”

His story is yet to be verified, however, he has supplied documents and pictures showing he was stationed in the 64th Independent Motorised Brigade in Ukraine.

A lawyer who helps Russian soldiers, Maxim Grebenyuk, said that he had been contacted by Chibrin over the summer to express his opposition to and his desire not to fight in Ukraine.

Chibrin, the second known Russian serviceman to have fled the country after participating in the invasion, said he had joined the army out of financial hardship.

He said: “We had no idea we were going to fight in Ukraine.

Chibrin says he did not witness any shooting but heard stories of sexual violence and killings of civilians. But he said he did routine looting.

“They looted everything there was. Washing machines, electronics, everything.”

The Spanish Interior Ministry has declined to comment on the case of the Russian soldier who has requested asylum.