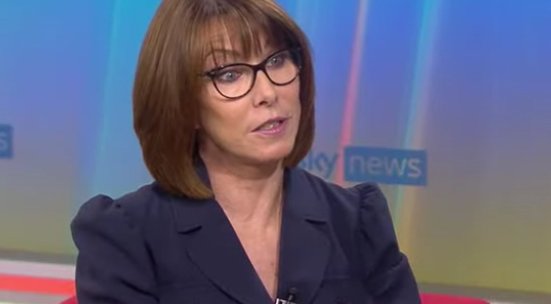 The former Manchester United footballer has come under criticism from a number of charities for accepting £10m for the role, which will see him represent the Qatar government at the tournament.

Kay said her piece on her Sky News programme while speaking to Labour’s Tulip Siddiq about Beckham’s decision to accept the role despite the country’s questionable human rights record.

Kay initially grilled the shadow treasury minister about why Labour leader and football fan Sir Kier Starmer is not heading off to the tournament, before appearing to let rip with her own opinion on the matter.

“He is someone who is supposed to be a sports idol, someone who is campaigning very hard for a knighthood. He’s someone that young people look up to. Is he the right person to represent the Kuwaiti government?” She asked.

Ms Siddiq admitted that she would not have gone if she was in his shoes, but tried to reason that he has done other “good things”.

Kay appeared to be having none of it and brought up the recent news that comedian Joe Lycett shredded his own money as he challenged Beckham to quit his controversial role.

She slammed: “He’s taken 10 million pounds to represent a country that sees openly gay people beaten up to the extent that a comedian has shredded 10,000 pounds of his own hard-earned money in order to highlight the fact that this guy, who is supposed to be a role model for young people in the United Kingdom, is representing the Qatar government.”

Ms Siddiq replied: “Like I said, I wouldn’t do it.”

The former Manchester United footballer came under fire from human rights and LGBT+ groups after accepting the position at the World Cup 2022.

He has been increasingly called to explain his decision by LGBT+ groups, with Di Cunningham, co-founder of the Three Lions Pride group, saying he should no longer be considered a great ally because of his paid ambassador role.

But Beckham, who reportedly spoke at a youth festival in Doha, says it will be a platform to promote “progress and tolerance” in the middle-eastern country.