Brit who lived in a van while renovating dream Spanish home makes €150,000 profit 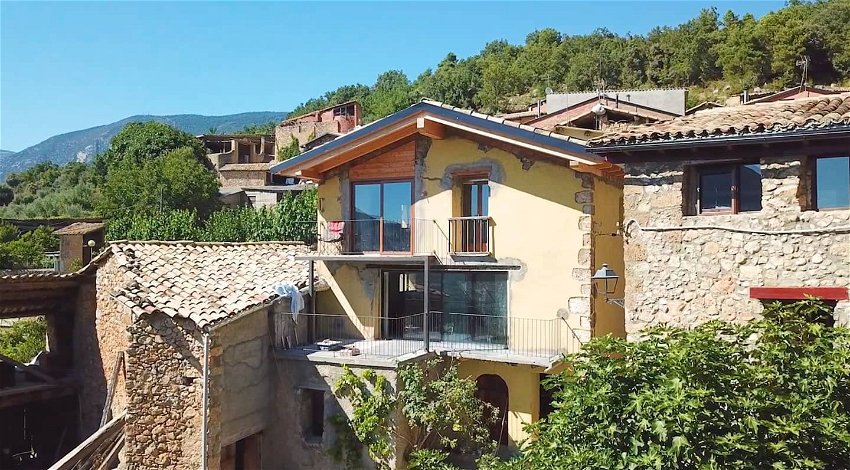 The couple decided to search for a new home in Spain after being priced out of their home area.

Nate found his dream home – a house with a barn, and mountain views that were ideal for the avid rock climber – in 2019, but after being left unoccupied for 20 years, it was not in good condition.

So he set to work while living in his Citreon Relay van for a year.

He began by clearing the property of debris and rubbish before returning to the UK to convert his van into a liveable space that he could call home until he finished his project in Spain.

He now lives in his renovated dream home, with his partner Dei.

“Years ago, I looked at buying a property in London, where I was living at the time, but the value for money was terrible – I just couldn’t do it,” said Nate.

“In the end, I hit the road with the idea that I would find something beautiful and cheap. I really wanted a house where I could have a studio and a workshop.

“When I found this property, a house that came with a large barn and land, with mountain and forest views, it seemed like the perfect place to make a base for further adventures.

“I paid for the house with a mortgage, and renovated it using savings, plus money I earned while doing the build.

“I went to the UK and built a van conversion to live in while building the house, then returned.

“It took 12 months of work, and in that time, I estimate that I did about 4,000 hours of work. I worked six days on and one day off and did long days every day.

“I really wanted to do a good job and use quality materials so that the house would be reliable, and I wouldn’t have to redo anything soon.

“There were two particularly hard parts. One was demolishing and rebuilding the roof in the hot weather. It involved moving tonnes of material on and off the roof, and I had to get it right first time.

“The other hard part was towards the end. I had been working non-stop for eight months and I was so tired of building work. I pushed through – it wasn’t pleasant, but the house wasn’t going to finish itself.

“The pandemic didn’t help. For two months it was not even possible to go to a hardware store, and deliveries in Spain ground to a halt. In the end, however, it did turn out to be a perfect lock-down project as I couldn’t do anything else.

“It wasn’t easy to learn everything as I went – including learning a new language.

“It was an intense learning process because I had to learn everything from plumbing and electrics to roof-building and welding.”