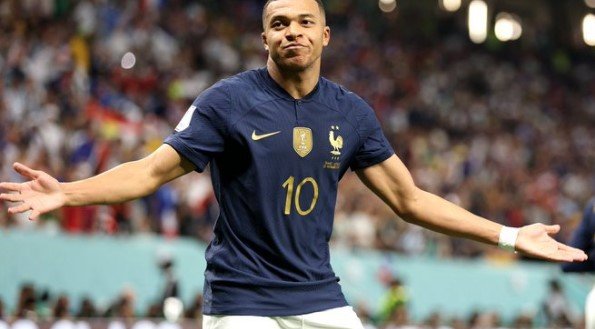 France, the current holders of the World Cup, kicked off their defence of the trophy today, Tuesday, November 22, against Australia, in the Al Janoub Stadium in Al Wakrah.

Already deprived of their world-class midfield pairing of N’Golo Kante and Paul Pogba, Didier Deschamps then lost the current Ballon d’Or holder, Real Madrid’s Karim Benzema, on the eve of the tournament through injury.

A worrying statistic facing Les Bleus was that the last four European nations to win the World Cup have all been knocked out four years later in the group stages. Their Group D opponents include Denmark and Tunisia, who played out a goalless draw earlier today.

Saudi Arabia pulled off a shock 1-0 win this morning over Argentina so when Craig Goodwin smashed the ball into the French net from six yards after only nine minutes it looked like another upset could be on the cards. Mathew Leckie played his teammate in on goal and Goodwin did the rest.

The inevitable came in the 27th minute when Juventus star Adrien Rabiot headed a cross from Theo Hernandez home to level the scores.

Five minutes later the rout began. Rabiot was again involved, squaring the ball for AC Milan’s Olivier Giroud to notch his 50th international goal with a simple finish for 2-1.

Kylian Mbappe had every intention of getting onto the scoresheet which he did in the 68th minute. He started and finished the move involving Ousmane Dembele that saw the young striker nod the ball in off the post to make it 3-1.

Olivier Giroud was on hand again to power in Kylian Mbappe’s cross after 72 minutes with which he equalled Thierry Henry as France’s all-time top scorer on 51.

This was really a big statement from one of the tournament’s favourites who face Denmark in their next match. With respect to Australia, that could more of a test of their credentials as a team who could win their second consecutive World Cup.