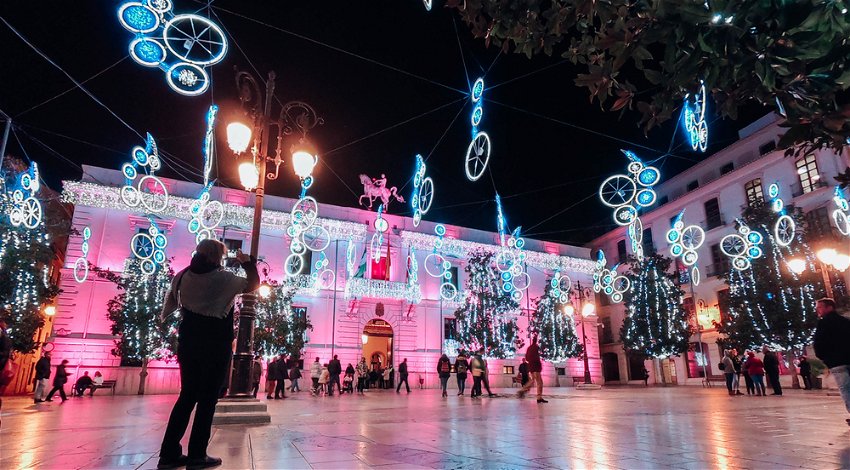 A fire has possibly brought an end to Christmas lights for more than 50 towns located in the Andalucía provinces of Almeria and Granada.

The Deputy Director of Montajes Eléctricos Romar, Adrián Rodríguez, confirmed to news site 20minutos overnight on Monday, November 21 that a fire in their assembly warehouse had completely destroyed all the lighting that they rent to councils in these areas.

He said that at least 50 councils are affected with the entire stock destroyed by the fire as well as the building.

Montajes Eléctricos Romar own, store and rent the lights to the towns all of whom will now have to look elsewhere to try and find an alternative and at short notice. Rodríguez said they are working with the councils to find alternative suppliers and replacement stock.

He added: “Lights we are going to have.”

Among the towns affected are Vera and Huércal-Overa, whilst Benalúa de Guadix is partially affected. But the latter may have to replace what has already been delivered if no matching stock can be found. Granada Guadix is said to be unaffected as they had already taken delivery of their full stock.

Rodríguez said that the total damager exceeds around €800,000 and that he was not sure what could have caused the fire. He is aware that a drill battery was on charge, but it had already been charging for two hours prior to the fire.

He added: “We do not know if it may have been that, if it was the electrical panel or anything else, “he said when questioned about the possible cause of the fire.”

The fire happened on Saturday at their warehouse located in the place of Fuelle, at the exit of Fondón in the direction of the ring road of the autonomous local entity of Fuente Victoria.

There were no major injuries with just one local 49-year-old man receiving treatment for smoke inhalation.

It is hoped that the fire will not bring an end to Christmas lights for the 50 or so towns that are affected.