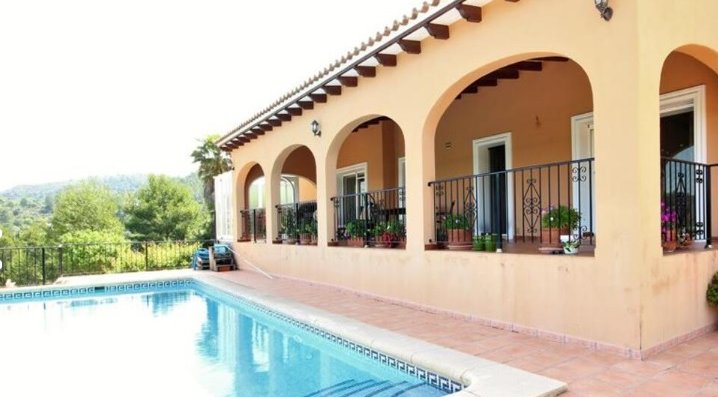 “It’s urgent” was the key message from Vicente Garcia Nebot, Director General of Town Planning for the Valencian government, who was speaking to estate agents and homeowners whose countryside properties are still not legal.

Speaking to around 100 people in L’alfas del Pi on Monday, November 21 Garcia said that a pathway had been created for locals and in particular foreigners who bought homes in good faith, only to find them illegal, to make them legal.

But he warned, the pathway had been created by the current government who had seen the need to protect the environment and to ensure that homeowners sold illegal properties were given the opportunity to make them legal.

With local and regional elections in May next year that situation could change he said. Should a different political party win the election they could well withdraw the rule that currently allows homeowners to apply for their homes to be made legal.

He continued saying that time was of the essence and that this was possibly a once in a lifetime opportunity, one that could substantially improve the lives of those who own these properties. It could also he said, significantly improve the value and saleability of these properties which would automatically become eligible to receive full public services.

Vicente also called on British and other foreign nationals resident in Spain to register to vote in the coming elections, this he said being one of the few ways that the foreign community could affect local decisions.

He cited the example of Lliber where the council is unwilling to resolve the legal situation whilst the criminal case against former councillors continues. Had the foreign contingent voted he said, the situation would be different.

According to Vicente only four per cent of foreign nationals resident in Spain had registered to vote and even then, only 50 per cent did.

Accompanying Vicente was town planner John Kirby who explained that people need to familiarise themselves with the laws that apply to home building, planning licences and habitation certificates.

John pointed people to a portal the Valencian Community had set up to help people understand what is needed to make their home legal and habitable, as well as to guide them through the process. That guide can be found through the following link.

He also reiterated that although Councils were still responsible for issuing the licences, most we severely overworked with town planners having little time to deal with the piles of applications that cross their desks. He said with most being part timers, he would recommend the use of an ECUV to do the work for you.

Although ECUVs, who are licensed by the government to provide assistance, charge for their services they were in a position to help you immediately. More importantly there was he said, no limit to the support they can provide including having someone on hand to speak to you in your own language. They could also deal with the council on your behalf.

If you are affected or know someone that is, please take action now as this could be the last chance to resolve the long running dispute over illegal homes in the Valencian Community.