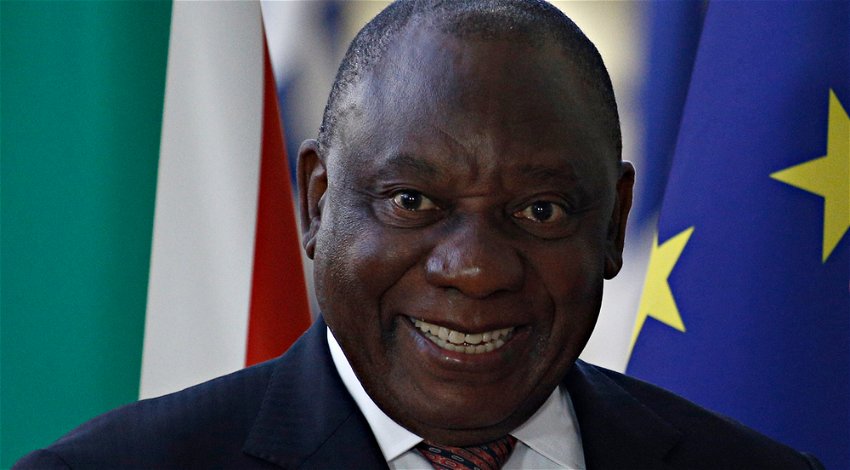 King Charles III is hosting his first state visit in the role with the President of South Africa Cyril Ramaphosa in town.

The president and his wife Dr. Tshepo Motsepe arrived in London today, Tuesday, November 22 for a three-day visit that will see the King working to rebuild ties with the country’s largest trading partner in Africa.

King Charles III has said from the outset that he sees his role as building ties with Commonwealth nations and those that country wishes to trade with. As a result, this the first visit has been heralded by the government and South Africa’s High Commission.

A statement released by High Commissioner Antony Phillipson said: “This will be the first State Visit hosted by His Majesty. It reflects the importance of the relationship between South Africa and the United Kingdom.

“The visit will offer a chance to celebrate our modern-day partnerships delivering prosperity and security for both countries, as well as to set out how we can work together bilaterally and globally to strengthen those links for the future.”

The two countries have a long but also troubled history that has in recent times seen the UK slip down the ranks of trading partners.

The visit organised as part of the post-BREXIT Global Britain initiative aims to achieve closer ties between the two nations, however, the two countries are far apart on many issues including relations with China and Russia. South Africa’s government is one of those that has repeatedly failed to criticise Putin for his invasion of Ukraine.

President Ramaphosa was originally invited to the UK during Boris Johnsons’ reign, but COVID-19 restrictions got in the way and as a result it had to be postponed.  It does, however, mark the first visit for Charles in his role as the head of the Commonwealth, a position he “lobbied for extensively during the last decade of his mother’s reign.

Charles is said to believe strongly that he can bring a positively influence members and that he can carry on the work that Queen Elizabeth did in building the Commonwealth.

Locally Ramaphosa’s visit will be watched closely with the president struggling to retain power in a divided ANC. He has campaigned on a cleaner government, dealing with the corruption that persisted under former President Jacob Zuma. His critics claim he has been slow to take action and that as a result he achieved little. Despite some major achievements on the corruption front he has failed to deal with the biggest issues facing the country, a lack of energy and massive unemployment.

Simply he has presided over a worsening financial situation and a weakening of his party’s grip on South Africa politics, having fared badly in the last local elections. He will be looking to this visit to re-establish his credibility as the country’s leader through the visit, although it remains to be seen how many will get to see or hear of his visit as rolling blackouts of up to eight hours a day take their toll.

Trade has increased with the UK in recent years and Ramaphosa will, hoping to see the UK lower tariffs and barriers to the country’s trade with the UK.

Rishi Sunak, who is to meet with Ramaphosa later this week, said: “South Africa is already the UK’s biggest trading partner on the continent, and we have ambitious plans to turbocharge infrastructure investment and economic growth together.

“I look forward to welcoming President Ramaphosa to London this week to discuss how we can deepen the partnership between our two great nations and capitalise on shared opportunities, from trade and tourism and security and defence.”

There is significant good will between the two countries, but it remains to be seen whether the differences can be overcome as they seek to build trade ties.

The visit will also be a good opportunity for King Charles III to establish his credentials and his position as he hosts South African president in his first state visit.