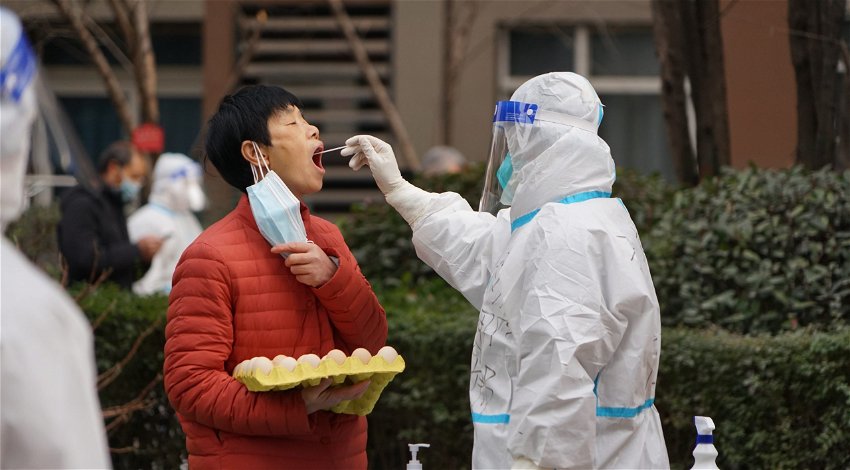 Spiralling COVID-19 infections sees Beijing impose negative test requirements for all public places in a continuation of their zero-tolerance policy that has the rest of the world scratching their heads.

From Thursday anyone wishing to visit a public building will require a negative test according to a report by Sky News on Tuesday, November 22. The test will need to have been conducted within the last 48 hours or entrance will be refused to public buildings, shopping centres, hotels and even places of work.

A new wave has hit the city of nearly 22 million, but cases still remain low by international and pandemic standards at 634 cases in 15 hours, prompting some to question what authorities know that we don’t

With split opinion about where the virus originated, the continued draconian approach to managing the virus in China has conspiracy theorists asking why the concern when most of the world has said the danger has passed.

Beijing is one of those cities that said it would be reopening the city and that quarantine periods would be reduced by two days, but literally days later that decision has been overturned.

The number of deaths has risen to three this week, the first in six months, prompting the tighter restrictions.

But many question the need for such tight restrictions especially when it is playing havoc with the local and the world’s economy. Schools have been closed in many areas and some businesses have closed with purchases restricted to online only.

The tight restrictions have resulted in tension between the government and the people with many having suffered hardship and even death as a result. Including in those is a young baby who died in quarantine after her father’s attempts to seek medical help were refused.

Whilst the government would appear to be listening to the people who want to see more targeted interventions, they have called on everyone for “unity of thinking” in eradicating the country of the virus.

Interventions by the government seem to have been unable to contain COVID-19 infections as they keep spiralling, giving rise to more questions about the effectiveness of the strategy.