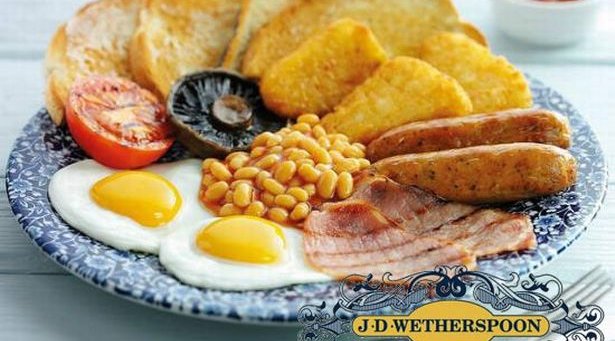 The retail chain has assured customer’s it has supplies of eggs but said that it was rationing them to ensure that they did not run out and that everyone would be able to buy.

Last week ASDA and Lidl both rationed the supply of eggs, the former limiting to two boxes and the latter three.

Andrew Opie, Director of Food and Sustainability at the British Retail Consortium (BRC), said: “While avian flu has disrupted the supply of some egg ranges, retailers are experts at managing supply chains and are working hard to minimise impact on customers.

“Some stores have introduced temporary limits on the number of boxes customers can buy to ensure availability for everyone.”

The BREXIT supporting boss said on Tuesday, November 15 that pub sales were slowing and that costs were mounting “substantially higher.”

Although trading was said to be broadly in line with expectations, business had begun to slow down in October whilst costs continue to climb ever higher.

Tim Martin said that seven more pubs would be sold off adding to the 32 closures in September, but he did add none of the seven new ones would close before a buyer was found.

In just one year the company has seen the number of its pubs fall by 23, with the optimism of a year ago having faded.

Martin said Wetherspoons remains “cautiously optimistic” but that the “threats to the hospitality industry continued to apply.

“Those caveats aside, in the absence of further lockdowns or restrictions, the company remains cautiously optimistic about future prospects.”

Pubs up and down the UK are facing a challenge as costs spiral and staff and supply shortages persist. Many have resorted to drinking at home again, something they got used to during the pandemic, as they look to cut expenses.

The locations of the seven new pubs for sale have not been revealed.

15:19 (November 13) – Wetherspoons have been hit by more shortages as supply issues continue to affect the restaurant and pub sectors.

This time the bird flu epidemic has caused a shortage of eggs according to the Sun on Sunday, November 13.

The company has said that there is a temporary issue that means breakfasts may not be available with eggs.

Discussions are said to be taking place between suppliers, supermarkets and the industry to find a solution to the problem that has already seen the price of chickens rise sharply.

Wetherspoons is offering alternatives to diners but no eggs at present.

A spokesperson for the group Eddie Gershon told The Sun : “We can confirm that there are temporary issues with egg supplies at some Wetherspoon pubs, due to the current impact of Avian flu on egg production.

“We are experiencing issues in receiving all the supplies we require to satisfy demand in every pub.

“This is not specific to Wetherspoon and other hospitality operators and supermarkets are facing similar issues.”

Although avian flu is said to be the primary cause of the shortage, the Department of Environment, Farming and Rural Affairs had said earlier that i was “deeply concerned” about the scale of chicken mortalities in industrial chicken sheds over the summer.

Millions of birds are said to have died during the summer’s heatwave whilst many other farmers have left the industry given increasing difficulties in farming profitably.

Punters will no doubt be aggrieved to find that Wetherspoons has hit by more shortages, but this time the classic fry up with the “no eggs” available sign up for now.