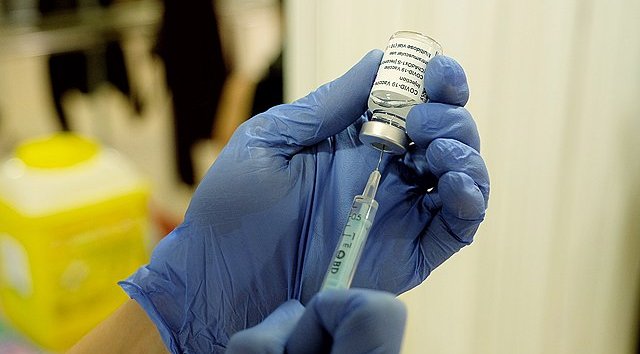 According to the Irish Mirror the coroner dealing with the inquest into the boy’s death said on Wednesday, November 23 that Joseph McGinty appeared to have a significant allergic reaction to the vaccination.

The coroner, Pat O’Conner, said in court: “The circumstances of Joseph McGinty’s death is that a COVID-19 vaccination was administered to him.

“That there appears to have been either a reaction or a significant change in his medical circumstances following the administration of the vaccine and that subsequently, unfortunately, Master McGinty died.”

The inquest heard that Joseph’s health deteriorated after receiving the jab on August 20, 2021 and that he was hospitalised on September 1. He was then discharged the next day only to return on September 8.

Pfizer have been contacted for safety information surrounding the vaccine as part of a “considerable investigation,” according to the Irish Mirror.

The inquest was told Joseph’s health deteriorated following the administration of the jab, and he was hospitalised on 1 September before being discharged the next day.

Joseph passed away a few days later on September 13.

They added: “He had received the COVID-19 vaccine on August 20, 2021 and in those circumstances Coroner we would perceive that there would be a concern arising there that we would require the safety guidelines and so forth relating to that Pfizer vaccine to be available to the coroner and for there to be an inquiry into the circumstances in that regard.”

O’Connor said that once he had the information, he would be able to determine whether the criteria had been complied with, information that would be provided to the inquest. He added it would then be up to the inquest to decide what action if any to take, as it would be up the legal aid board to decide if any legal action should be funded.

The Pfizer vaccine has been administered to hundreds of millions of people across the world with few fatalities, effectively helping to stem the high death rate that came with the pandemic.

But one death is always bad news and especially in the case of a 14-year-old boy who tragically died three weeks after receiving his vaccination shot.