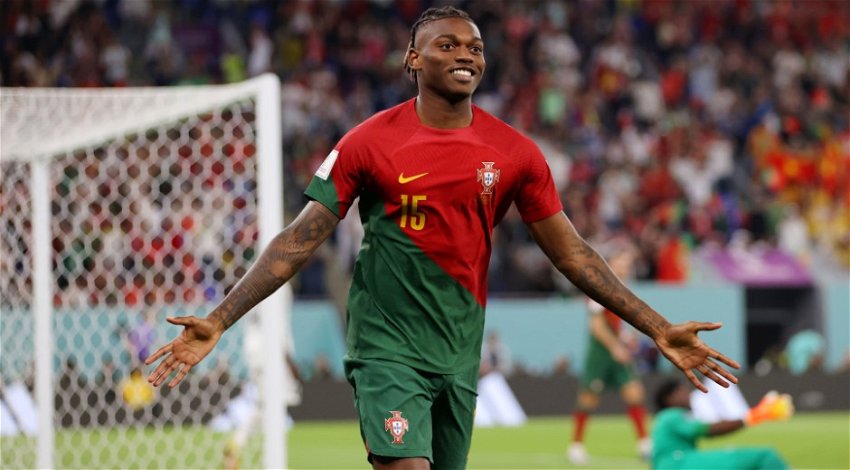 The most exciting match of the 2022 Qatar World Cup was played out between Portugal and Ghana.

Portugal opened their 2022 Qatar World Cup campaign today, Thursday, November 24, in the Group H clash with Ghana. All eyes were clearly on Cristiano Ronaldo to see how his mindset would be following his dramatic exit from Manchester United earlier this week.

He was met with a rapturous reception as he entered the pitch in Doha’s Stadium 974. They know that their captain is crucial to the country’s progress in this tournament. Although this Portuguese team contains a huge collection of top players from some of Europe’s biggest club sides, Ronaldo has always been the key in critical matches.

Ghana’s Black Stars will be no pushover despite their current poor FIFA ranking.  After Uruguay and South Korea played out a goalless draw earlier today, a win for either side can give them a good start in Group H.

Ronaldo had the ball in the net after 32 minutes but it was immediately ruled out by the referee claiming there had been a foul in the build-up to the goal, much to the player’s annoyance.

A poor first half suddenly came to life in the 62nd minute when Mohammed Salisu sent Ronaldo flying in what seemed an innocuous challenge. A VAR check confirmed a penalty kick. He calmly slotted the ball into the net to become the first player in history to score in five World Cups.

Out of this world 🇵🇹

Ghana’s jubilation lasted only five minutes as Joao Felix latched onto a great ball and placed it over the head of Ati-Zigi as he tried to stop the young forward to make it 2-1 on 78 minutes.

The sound level increased two minutes later when Manchester United’s Bruno Fernandes broke through and laid the ball off to substitute Rafael Leao. The AC Milan star placed the ball superbly into the bottom corner of Ghana’s goal to give Portugal a 3-1 lead.

Incredibly, Ghana made it 3-2 in the 89th minute. Reading’s Baba Rahman put the ball into the box and Bukari was there to head it home beyond Costa. Portugal held on though to take the three points.

There is no time for regrets, there are 2 games left still… 🦾
Thank you fans for the unconditional support. ♥️🇬🇭 pic.twitter.com/3haQ8M2w6e