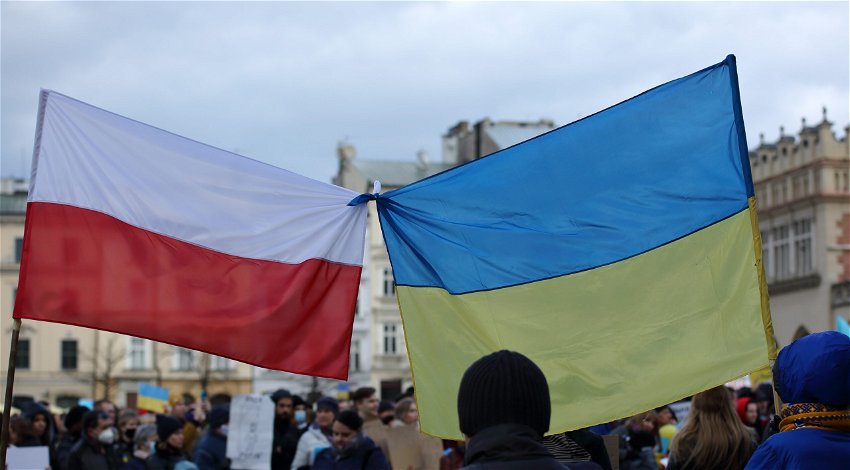 MOSCOW is not planning any hasty measures because of Poland’s reaction to the “missile incident,” but will take it into account in the future, Russia’s Foreign Ministry told RIA Novosti on Thursday, November 24.

Russia’s Foreign Ministry said that it would not forget Poland’s reaction to the recent “missile incident” after the Polish Foreign Ministry “requested clarifications from Russia in connection with the incident with the fall of the missiles in Przewodów.”

The Russian Foreign Ministry said that Russia’s Defence Ministry had provided exhaustive information about the non-involvement of the Russian Armed Forces and “as a result, Polish official authorities were also forced to admit that this “was not a Russian attack on Polish territory.”

On November 16, the Foreign Ministry of Russia summoned Polish Charge d’Affaires in Russia Jacek Szczladevski, who “strongly protested against the stirring up of anti-Russian hysteria for another far-fetched reason.”

“We are not planning to take any hasty measures in this context, but we will take it into account in the general context of our relations with Poland,” the ministry concluded.

Two people died after at least two cruise missiles hit a farm in the village of Przewodow in the province of Lubin, on the border between Poland and Ukraine on Tuesday, November 15.

In the aftermath, an investigation from US officials suggested that the missile that hit Poland was not fired by Russia – but was fired by Ukrainian forces at an incoming Russian missile.

US President Joe Biden said at the time it was “unlikely” that a missile that killed two people in NATO-ally Poland was fired from Russia.

This was also stated by NATO Secretary General Jens Stoltenberg, who said a deadly explosion in Poland was probably the result of a Ukrainian defence missile that killed two people.

However, he added that Russia bears “ultimate responsibility” for the war.

This echoes Poland’s President Andrzej Duda, who said today has said a missile blast that struck a Polish border village near its border with Ukraine appears to have been an “unfortunate accident” and not an “intentional attack”.

He said: “From the information that we and our allies have, it was an S-300 rocket made in the Soviet Union, an old rocket and there is no evidence that it was launched by the Russian side.

“It is highly probable that it was fired by the Ukrainian anti-aircraft defence.”