Ecuador and the Netherlands play out another World Cup draw 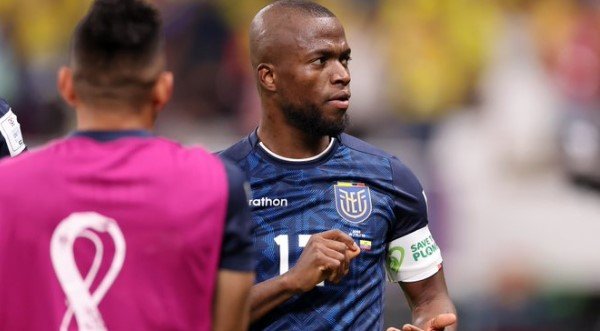 Another 2022 Qatar World Cup draw was played out between Ecuador and the Netherlands in the Khalifa International Stadium.

The second round of group matches started today, Friday, November 25. Ecuador and the Netherlands both went into their clash at the Khalifa International Stadium with one win each.

There had been concerns over the fitness of 33-year-old Enner Valencia who bagged both goals for the South Americans against Qatar. He was passed fit which is a massive boost for manager Gustavo Alfaro.

PSV forward Cody Gakpo is on an amazing run of form at the moment. Combining once again with Davy Klassen he smashed a left-footed shot beyond Hernan Galindez and into the Ecuador net after only six minutes.

Controversy erupted in added time if the first half when Ecuador had the ball in the net. Pervis Estupinan turned in a shot from Angelo Preciado. A VAR check ruled that Jackson Porozo was both offside and blocking the keeper’s line of view. The Ecuadorian players were not at all happy.

Louis van Gall replaced Steven Bergwijn with Memphis Depay in the break. Ecuador came out looking to be on a mission and it took them just four minutes to draw level. Who else but Enner Valencia was on hand to tap in a rebound after Dutch keeper Andries Noppert parried Pervis Estupinan’s shot on goal.

A sad sight was witnessed in the 87th minute as Valencia was stretchered off the pitch clutching his face. He was shown placing ice on his face after leaving the field.

The 1-1 draw left both sides on four points with everything to play for in the final group match to decide the placing for the knockout round. This result sees hosts Qatar the first nation to be knocked out of the tournament without even playing their last match.