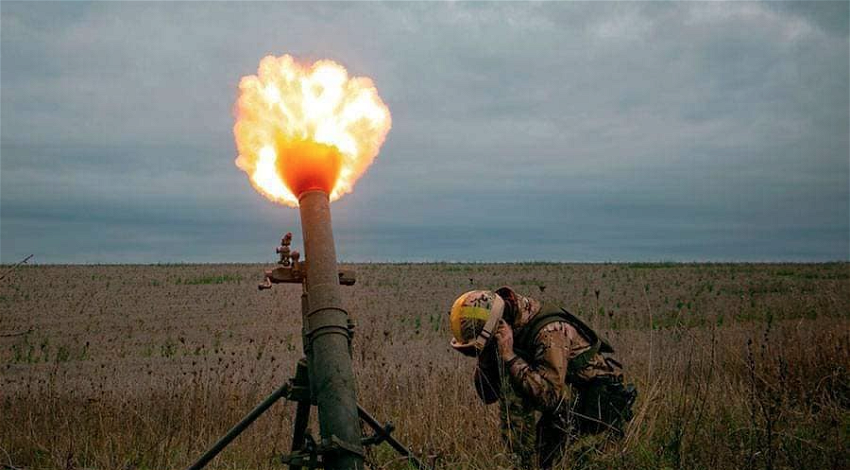 ON Friday, November 25, Ukraine’s Ministry of Defence published updated figures of combat losses inflicted on Russian forces since the beginning of the war, including the destruction of more Russian artillery systems.

Another six Russian artillery systems were destroyed by Ukrainian forces on Thursday, November 24, according to Ukraine’s military update on Russia’s combat losses since February 24.

Around 430 more soldiers from Russia were killed by Ukrainian forces, which saw the number of Russian soldiers that have lost their lives fighting in the conflict rise to around 86,150, according to Ukraine’s MoD.

The other significant increase in figures is the loss of six Russian unmanned aerial vehicles (UAVs) which takes the number destroyed by the Ukrainian army to 1553.

Загальні бойові втрати противника з 24.02 по 25.11 орієнтовно склали / The total combat losses of the enemy from 24.02 to 25.11 were approximately pic.twitter.com/LtQH42BJ6e

A detailed breakdown of the war shows that the loss of the six Russian forces’ artillery systems now means Ukraine has destroyed 1895, while the destruction of five more Russian APCs now means that Putin’s army has now lost 5844 in total.

The loss of a further tank means Russia has had 2889 destroyed in total by Ukrainian troops.

Russian forces’ also lost two pieces of special equipment which means a loss of 163 in total.

The news comes after a deputy of Russia’s State Duma stated that Ukrainian President Zelensky should stand trial as a war criminal.

First deputy head of Russia’s State Duma committee for CIS affairs, Kazbek Taisayev, said: “My opinion is that there should be no negotiations with Zelensky. He is a war criminal… He should be brought to justice… He is not his own master.”