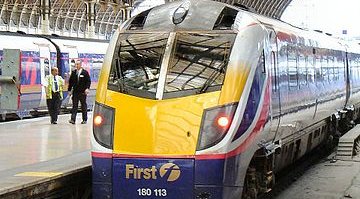 There is major rail disruption across the UK on Saturday, November 25 as train drivers from the ASLEF union “down tools” today.

Train operators have called on passengers to only travel if absolutely necessary on Saturday, November 26 with 11 rail operators running few or no services. Anyone who is travelling is also urged to check to see what services are operating before heading out.

Intercity mainlines are badly affected with most routes at a standstill including those between London and Scotland and London and Wales.

Members of the union had voted to continue their strike action for another six months saying they had not received a pay increase since prior to the pandemic.

Mick Whelan, Aslef’s General Secretary told the Guardian: “We still find ourselves for more than three years without a pay rise. And the employers are saying we can’t give you one without the government, and the government are saying you have to speak to the employer.”

Arriva London’s strike was called off with Whelan saying: “We’ve resolved it there and in Scotland and Wales – [other cases seem] to be Westminster-driven.”

That comment comes after the union said that the new Transport Secretary Mark Harper was more engaging than his predecessor and that further meetings would take place later this week. It is hoped the better relationship between the two can bring about a resolution before Christmas.

Whelan added: “If he can break the deadlock and find a way forward, that’s fine – but only the government at this moment can instruct the companies to break the contract they’ve entered into.”

Daniel Mann, Director of Industry Operations at the Rail Delivery Group said: “While we will do all that we can to minimise disruption. If you are going to travel on the routes affected, please plan ahead and check the latest travel advice on national rail inquiries.”

The train strike is, however, not the only disruption passengers will face with 3,000 London bus drivers to press ahead with strikes next month. The Unite union said that members employed by Metroline and 950 at Abellio will take seven days of action from December 1-17 in disputes over pay.

Great Western Railway: extremely limited service, from 7.30am to 9.30pm, only between London and Bristol; Reading and Oxford; and Reading and Basingstoke.

Lumo: trains will run only between Edinburgh and Newcastle.