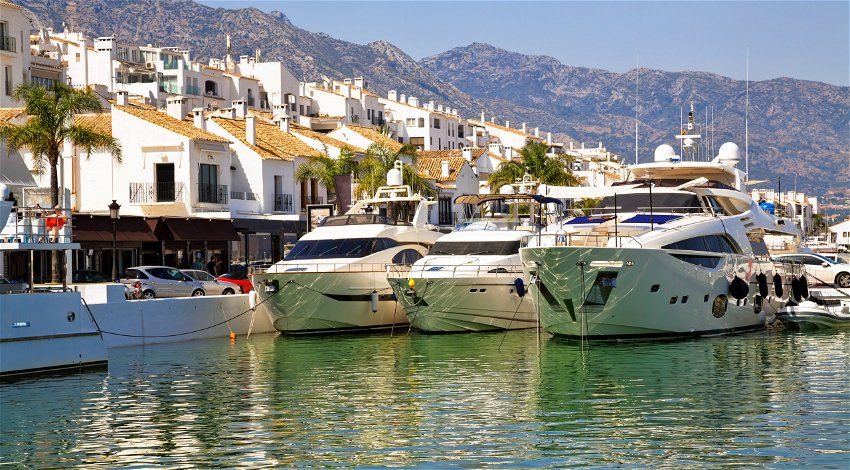 The Netflix series ‘The Crown’ was filmed on location in the Malaga municipalities of Marbella, Puerto Banus, and Benahavis.

Season five of The Crown has been released by Netflix on November 9, with Spain featuring heavily among the locations used for filming. The municipalities of Marbella, Puerto Banus, and Benahavis in Malaga province are featured in this latest series of the hit show.

As detailed by the official Crown media department, the new season spends a lot of time covering the early 1990s period in the life of Princess Diana, played by actress Elizabeth Debicki. The main scenes filmed at sea were reportedly recorded in the vicinity of the famous resort of Puerto Banus.

A luxury superyacht owned by John Caudwell doubled up in the show as a vessel belonging to Mohamed Al-Fayed, the Egyptian multi-millionaire Harrod’s boss. The 73-metre-long boat docked in Puerto Banus in September 2021. In the finished Crown scenes, the luxury yacht is moored in France’s Cote d’Azur.

Israeli actor Salim Daw plays the part of the wealthy businessman whose son and heir Dodi was in the vehicle with Princess Di at the time of her tragic death in Paris. The character of Dodi is played in the series by actor Khalid Abdalla.

A luxury property located in the prestigious La Zagaleta area of Benahavis was used by the Netflix show to portray a Malibu home in California that Dodi once allegedly asked his father to buy for him.

The historical link between Princess Di and La Zagaleta is Torre de Tramores, a villa belonging to Sir James and Lady Annabel Goldsmith. During her high-profile divorce from Prince Charles, Diana stayed at their property to escape the media attention she was attracting.

Other scenes for this season of The Crown were filmed on location in Barcelona, with part of Spain’s second-largest city transformed into 1990s Paris. Specifically, Francesc Macia square became a boulevard in the French capital.