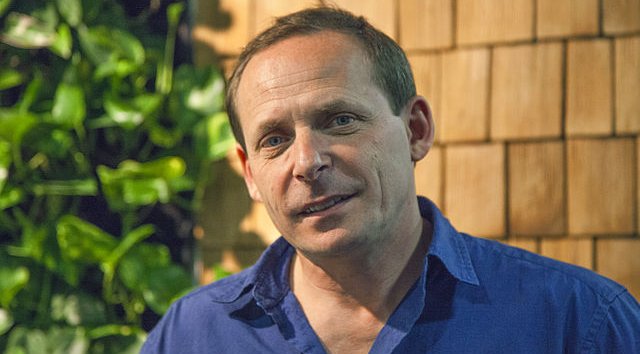 Squatters who have occupied a Russian tycoon’s mansion have received support from a Dutch court who said that they could continue to stay there.

According to a report by France 24 on Saturday, November 25 the court authorised the squatters to stay after they successfully argued that the owner was not living there and planned to sell it in breach of EU sanctions.

Heleen over de Linden, a spokesperson for the law firm, that assisted the squatters said: “Without the sanctions, the squatters would certainly have lost.

The luxurious five-story building that is occupied by the squatters belongs to Arkady Volozh, the sanctioned co-founder of Russian search engine giant Yandex.

Following their win, the squatters have sent a very clear message to everyone unfurling three banners across the building raising awareness of Volozh’s links to the Russian secret service FSB.

A statement published by the group, who oppose capitalism, on the website “Anarchist Federation” said: “WE HAVE WON.”

They added that it is a victory “for the whole movement of squatters and for all those who like to watch the (Russian) billionaires have their property confiscated.”

The group which occupies the building have left messages saying that they have been affected by the housing shortage in the Netherlands and that they wished to live peacefully alongside their neighbours, who they said were more than welcome to pop in for a drink.

The message explains they occupied the house belonging to 58-year-old Volozh, who had tried to avoid sanctions by resigning from the board of the Netherlands-registered Yandex in June. Although the company is registered in the Netherlands and has European, UK and US subsidiaries, bulk of its business remains in Russia and other Russian-speaking countries.

Volozh was sanctioned by the EU for “supporting, materially or financially” the Russian government and its “special operation” in Ukraine.

Although squatting is illegal in the Netherlands and has been since 2010, it also respects human rights with Juanita van Lunen, another lawyer involved in the case, saying the law shows: “respect for one’s home is a human right… that can stand in the way of eviction.”

Where an eviction request is made the interests of the residents are decisive and in this case the court agreed that they could not be evicted. Paraseven, a company registered in the British Virgin Islands, took the squatters to court as it is the legal owner of the property although it was to be occupied Volozh or his family.

Lawyers representing Paraseven said: “Occasionally they will stay there to enjoy the beautiful city of Amsterdam,” which is legal under EU sanctions as owners are entitled to use their properties for personal use even if they are subject to an asset freeze and travel ban.

Lawyers for the squatters said that the block had been converted into individual flats and therefore the use wasn’t intended as claimed by the block’s owners. The division into three apartments was a clear giveaway for the court, with those affected by EU sanctions unable to let or sell their properties.

With a successful case under their belt, the group occupying the home intend to organise social and political events to support anti-war protestors and those adversely affected by capitalism.

In a landmark cases the squatters in a Russian tycoon’s mansion have received the court’s backing to stay, perhaps providing an opportunity for others to occupy currently unoccupied mansions of those sanctioned by the EU.