Canada crash out of 2022 Qatar World Cup after Croatia thrashing 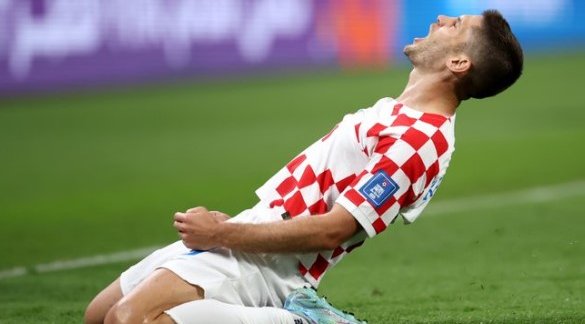 Croatia ended Canada’s hopes of progressing in the World Cup by thrashing them in the Khalifa International Stadium in Doha.

Canada were sent tumbling out of the 2022 World cup today, Sunday, November 27, after a crushing 4-1 defeat by Croatia. Their Group F clash in Doha’s Khalifa International Stadium looked like producing another shock when Alphonso Davies put the Canadians ahead after only 67 seconds.

Bayern Munich’s flying winger scored his country’s first-ever World Cup goal when he rose to head home a cross from Tajon Buchanan. Former Leicester City forward Andrej Kramaric thought he had brought his team level shortly after but his effort was ruled out as offside.

He was on hand in the 36th minute again to divert Ivan Perisic’s pass into the Canadian net. Croatia took the lead just before the break thanks to a wonderful strike from outside the box by Marko Livaja on 44 minutes.

Both sides came close to adding to the scoreline early in the second half. Milan Borjan pulled off a stunning save to deny Hoffenheim’s Kramaric, while a long-range curler from Canada’s Jonathan David was tipped acrobatically over the bar by Dominik Livakovic.

Kramaric bagged Croatia’s third, and his second of the match when he slotted the ball calmly beyond Borjan to make it 3-1 in the 70th minute. Lovro Majer, on as a sub, put the final nail in Canada’s tournament coffin four minutes into added time.

Croatia now face Belgium in a crucial final group game for both sides. The Belgians fell to a shock 2-0 defeat earlier today by Morocco.