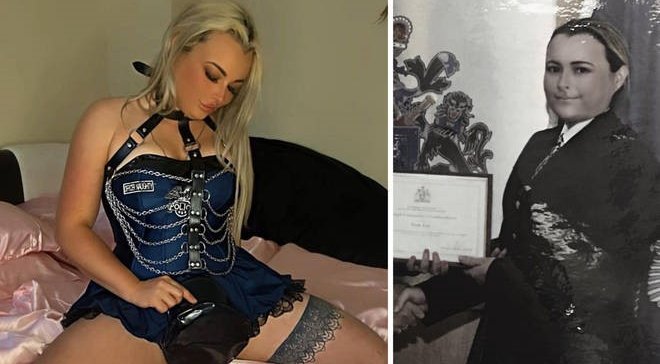 “Officer Naughty” a self-styled female police officer with the Met Police has quit after finding herself in hot water over her OnlyFans page.

Originally suspended by the force and facing a disciplinary hearing, the self-proclaimed “Good Girl Gone Bad” decided to quit, however she still faces allegations of gross misconduct.

The news comes as the new head of the force Sir Mark Rowley said he intended to crack down on under-performers and those accused of misconduct and misdemeanours. Sir Rowley had called on the government to change the rules to allow the Met Police to deal with these individuals more quickly, as it was hampering the ability of the police to operate effectively.

PC Sam Helena is said to have posted “sexy” pictures on TikTok, Twitter and Instagram in an effort to drive traffic to her OnlyFans site, where viewers pay to see videos and images.

A Met Police spokesperson said: “We are aware of the account and the officer, who has ­tendered their resignation, has been suspended.

“The Met’s Directorate of Professional Standards is investigating.”

He said: “We are all entitled to a ­private life but when you become a PC you sign up to the Code of Ethics.

“This states ‘I will behave in a manner, whether on or off duty, which does not bring discredit on the police service or undermine public confidence in [email protected]

“This officer has demeaned her uniform by posing and pouting on social media.”

Retired DCI Mick Neville told the Sun: “The new commissioner Sir Mark Rowley has vowed to clamp down on misconduct and misogyny in the force.

“The last thing the commissioner needs is a stripping WPC calling herself ‘Officer Naughty’ to add to his woes.”

“Officer Naughty” is the first to quit following Sir Mark Rowley’s comments that he aims to clean up the force and in doing so rebuild respect amongst the local community.