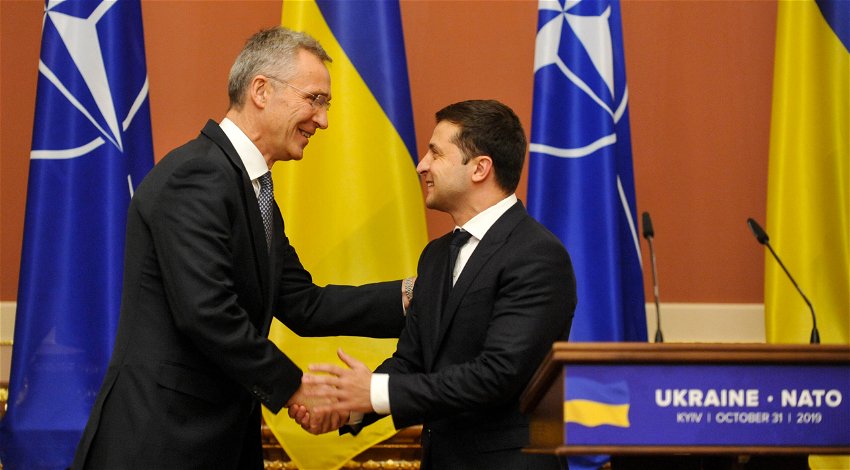 NATO’s Secretary General Jens Stoltenberg has accused Russia and Vladimir Putin of ‘moving away’ from dialogue surrounding the war in Ukraine.

The Norwegian politician, who has served as secretary general of the North Atlantic Treaty Organisation (NATO) since 2014, today (Tuesday, November 29) insisted the intergovernmental military alliance had been trying for ‘many years’ to create a constructive dialogue with Putin’s Russia to little avail and added current talks were simply ‘not working’, according to state-owned Russian news agency RIA Novosti.

The 63-year-old made the comments on Tuesday morning, November 29, during a summit in the Romanian capital of Bucharest, where NATO foreign ministers have gathered to discuss continuing military support for Ukraine against Russia.

President Vladimir Putin’s Russia invaded neighbouring Ukraine in what it called a ‘special military operation’ at the beginning of this year.

RIA Novosti reported Stoltenberg as saying: “On behalf of NATO, I can say that for many years we have tried to build a constructive relationship with Russia, to conduct a constructive dialogue.

“Russia has moved away from this dialogue. There is no way to continue the meaningful dialogue that we have been trying to build for many years… to build [and] strengthen the Russia-NATO Council does not work in the conditions that we are now experiencing.”

But despite the lack of productivity in talks, Stoltenberg – the 13th Secretary General of NATO – stressed the importance of communication channels with Russia in preventing things from ‘getting out of control’.

He added: “We need military lines of contact with Russia in order to reduce the risks of incidents, and in case of their occurrence, to prevent them from getting out of control.”

US Secretary of State Antony Blinken is also in attendance at the two-day NATO Foreign Ministers’ meeting at Bucharest’s sprawling Palace of the Parliament.

The purpose of the meeting is to encourage more international aid and arms for Ukraine.