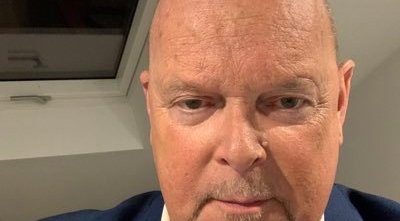 TalkTV host James Whale has revealed in a heartbreaking speech that he is dying of terminal cancer.

The presenter said that “this time next year I won’t be here” adding that he has just months to live.

The radio host, aged 71, gave his heartbreaking speech at the British Curry Awards in London on Monday night.

Two years ago James had to take time off work due to ill health after revealing he was fighting cancer that had spread to his brain, spine, kidney, and lungs, reports the Mirror.

He said: “I know a lot of you won’t like me, but this time next year I won’t be here. I have terminal cancer. As you might be able to hear, I am having chemotherapy which makes it harder for me to breathe, but I’m OK. Don’t worry.”

He added: “I am in my 70s now and I just want to say don’t waste your time on stupid things that don’t matter. Twenty-five years later I’ve got it again. I’m 71 and I’ve had a great life.”

James also paid tribute to his friend Enam Ali, the founder of the British Curry Awards, who recently died of cancer.

“He was one of my best mates, he showed us that as communities we can all get on together. For that tonight I would like to give you a round of applause,” he said.

“When I’m on my TV or radio show, people might go: ‘Oh, he’s a bit controversial, I just want people to live together and stop being so b****y stupid all the time.

“Because when you get to 70, some of you will know, you can look back at your life and think ‘maybe you could have done that differently’.”

James recently spoke about his cancer diagnosis in his Express column where he sympathised with A Place In The Sun’s Jonnie Irwin, who also has terminal cancer.

He wrote: “I found it very difficult to talk about mine because I didn’t want people to think I was using it to get sympathy or for any other reason. But along with a number of other people in the public eye, I am at stage four. There is no stage five.

“I don’t want sympathy; I’ve had a good life but I do find talking about it helps me and although that might sound selfish, hopefully, it helps others too. Jonnie, mate, I wish you the best of luck. It is very difficult and you’re a lot younger than me. But I did start this journey 25 years ago.

“Hopefully things will help you get through that weren’t available previously, while the amount of work being done on fighting cancer is amazing.”