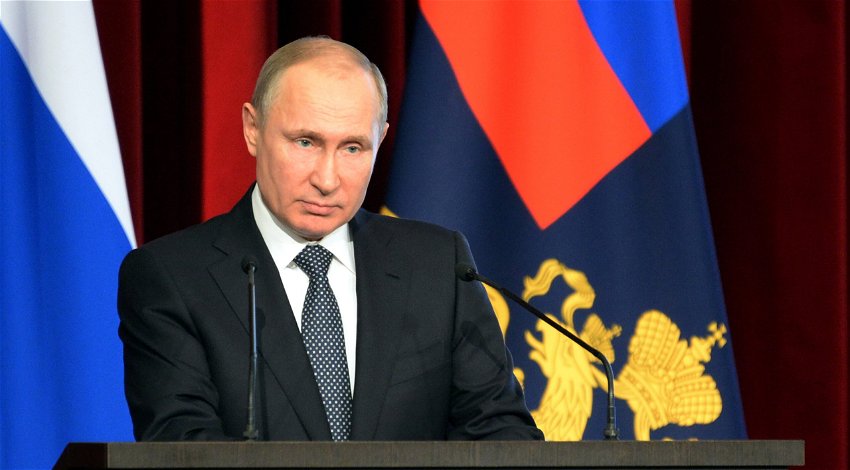 The Russian president expressed his condolences to Chinese President Xi Jinping about the death of the former chairman of the republic and Secretary General of the CPC Central Committee Jiang Zemin, according to the Kremlin website.

The Kremlin statement said: “Dear Mr. Chairman, please accept our deepest condolences on the death of Jiang Zemin, former Chairman of the People’s Republic of China and General Secretary of the CPC Central Committee.

“The name of this outstanding statesman is inextricably linked with an important period in China’s modern history, marked by great achievements in economic and social development, as well as the strengthening international positions.”

Putin also quoted the Treaty on Good Neighborliness, which was signed in 2001, “laying the foundation for building up ties between the two countries”, according to the Kremlin website.

He said: “As a sincere friend of our country, Jiang Zemin made an invaluable contribution to the development of Russian-Chinese relations and bringing them to the level of trustful partnership and strategic interaction.

The Treaty of Good Neighborliness, Friendship, and Cooperation, which we signed with him in 2001, laid the foundation for a qualitative increase in the whole complex of bilateral ties.”

Jiang came to power unexpectedly following the Tiananmen Square protests of 1989, when he replaced Zhao Ziyang as CCP general secretary after Zhao was ousted for his support for the student movement.

He represented the “core of the third generation” of CCP leaders since 1989.

Jiang Zemin, who led China after the 1989 Tiananmen Square protests and oversaw a decade of meteoric growth, is dead at 96.https://t.co/nvtg1X56tw pic.twitter.com/Ow0oI6ZOiY

News of his death was announced in a letter addressing the government, the military, and Chinese citizens.

“Comrade Jiang Zemin was an outstanding leader… a great Marxist, a great proletarian revolutionary, statesman, military strategist and diplomat, a long-tested communist fighter, and an outstanding leader of the great cause of socialism with Chinese characteristics,” Xinhua reported the letter saying.

Jiang’s death comes as China sees anti-lockdown protests in cities and university campuses across the country – the most widespread since the 1989 pro-democracy rallies that were crushed the year Jiang took power, reports MSN.

State broadcaster CCTV announced that flags at Chinese government buildings would be flown at half-mast.

They reported: “During the serious political turmoil in China in the spring and summer of 1989, Comrade Jiang Zemin supported and implemented the correct decision of the Party Central Committee to oppose unrest, defend the socialist state power and safeguard the fundamental interests of the people.”