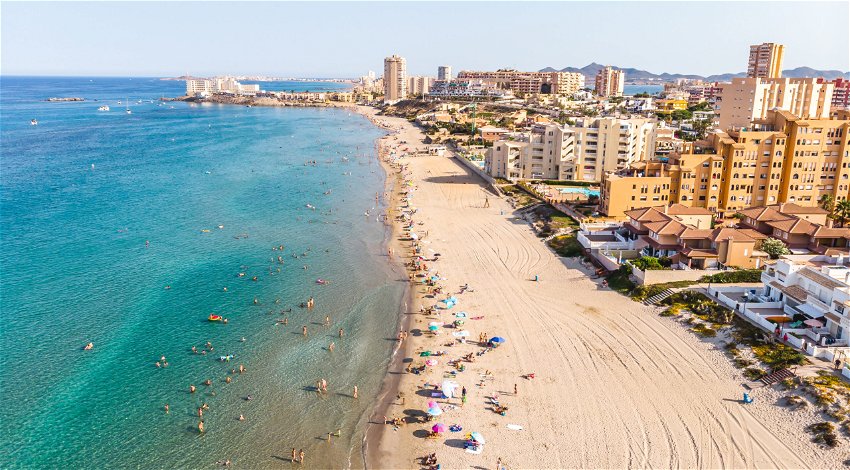 EasyJet is set to launch new ‘beach route’ flights between Spain and Manchester Airport in 2023.

The low-cost airline has announced that it will add a new ‘beach route’ from Manchester to Murcia in south east Spain.

Flights will launch on May 2, 2023, and will operate twice weekly on Tuesdays and Saturdays, with seats on sale from December 7.

The new Airbus A320neo aircraft will also bring significant improvements in environmental and operational efficiencies compared to the previous generation of aircraft.

The aircraft’s arrival will create around 40 local job opportunities at the airport.

Ali Gayward, easyJet’s UK Country Manager, said: “I am delighted to be announcing our plans for expansion at Manchester airport today.

“The addition of another aircraft will help us to deliver growth in Manchester and offer customers an even wider range of destinations, like our new summer route to Murcia in Spain, which will provide our customers in the North West with a direct connection to a region which offers a variety of rich culture and beautiful beaches in abundance, all with low fares and great customer service.”

EasyJet has had a base at Manchester for more than 15 years and has since flown more than 25 million passengers to and from the airport.

Today, easyJet is the second largest airline in Manchester and operates 77 routes in the UK, Europe, North Africa and the Middle East.

Manchester Airport Managing Director Chris Woodroofe said: “We are pleased to see easyJet expanding its base here, having significantly increased the number of destinations it flies to from Manchester over the past year.

“It is also exciting to see the introduction of a Murcia service, which I am sure will be hugely popular with passengers this summer.”