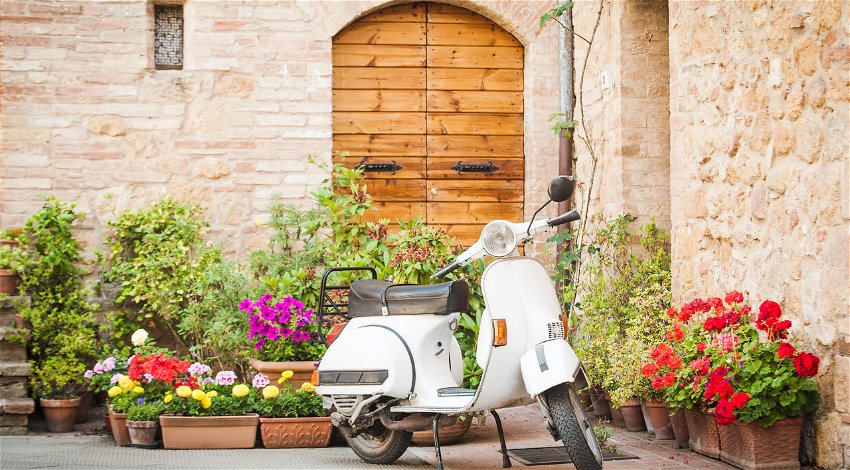 My neighbour Presentacion, a comfortably-off widow, proudly bought her daughter, Presentacion II, a Vespa when she started work, to a combination of admiration, criticism and envy.

Naturally, she was instructed to ride sidesaddle, which looked ladylike and Audrey-Hepburn-in-Roman-Holiday although the principle was not elegance but remaining chastely intact.

What Presentacion didn’t realise but everyone else knew, was that once Presentacion II was safely out of sight she sat astride the gleaming Vespa with – as far as she and her boyfriend were concerned – no untoward consequences.

Presentacion madre also went through a phase of encouraging Presentacion hija and the younger girl, Asuncion, to greet family members and friends with the words, “Ave Maria Purisima.”

This, amongst the devout, prompted the response, “Sin pecado concebida”, but reciting the opening lines of the Hail Mary merely labelled the girls as rather too devout.

As a rule they were met with an old-fashioned look, silence or, if the duo were really unlucky, a guffaw. To general relief, Presentacion eventually dropped her ostentatious piety, and I wasn’t surprised. As a lapsed and resolutely non-churchgoing Catholic even I was shocked at the overt anticlericalism I encountered more than 50 years ago.

No-one that I knew – not necessarily representative of polite Spanish society, I admit – went to Mass. Funnily enough, they were still married in church, had their children christened in church and then, the high spot of every childhood, saw that they made their first Communion.

Little boys enjoyed the event, but were usually dressed in a sailor suit or, worse still, a monk’s habit, which was nowhere as near as exciting as dressing up as a mini-bride as girls could. Fortunately the religious ceremony was disposed of by midmorning, allowing the adults to get down to the serious business of eating, drinking, making merry and slagging off the clergy. As they still do, incidentally.