Those of us following the World Cup will have been impressed by the brilliant goal scored by Salem Al-Dawsari, providing Saudi Arabia with perhaps the greatest upset in World Cup history in beating Argentina. The South Americans were undefeated in their previous 36 matches over three years (0-2 to Brazil in 2019) and had conceded only two goals in their last sixteen games.

The FIFA committee must have been rubbing their hands with delight. Here was the perfect excuse to manipulate a bid by the Saudis and welcome them to stage the tournament in 2030. Perhaps they could jump the queue for 2026! Money, money, money!

Saudi has many of the qualifications of Qatar – sexual deviances are illegal, women´s rights are subdued, consumption of alcohol in public is forbidden and immigrant workers have been treated despicably. And there is the added bonus that, unlike Qatar, it is headed by a murdering tyrant. 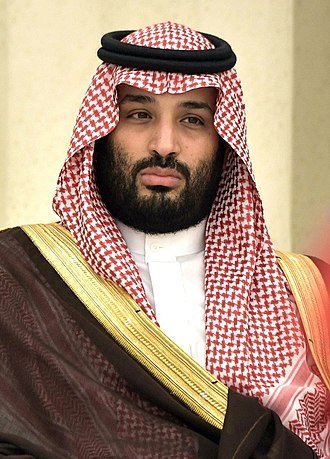 The European leagues would again be disrupted and the show could be held in sweltering heat. Saudi Arabia could be the perfect candidate.

Until 1990, with the exception of Mexico (a reasonably serious footballing nation), the World Cup was held exclusively in South America and Western Europe. To this day every World Cup winner has been from one of these two regions. Apart from three from Eastern Europe, no other nation has even reached the final.

Since 1990, the tournament has already been held in the USA and South Africa neither of which is a (men´s) footballing nation, as well as in Japan and South Korea who can both play well. It has taken place in Russia and Qatar. None of these has lifted the trophy or has ever shown any signs of doing so.

It worked well before 1990 when played in countries with a serious footballing history. I would suggest that it should continue to be played in Western Europe or South America until an interloper lifts the trophy. In the unlikely event that Australia would win it, it would be too far for most fans, but otherwise, whether it be Nigeria, Egypt, Croatia or Mexico, let it be held in their part of the world.

But, what was once the beautiful game has long been dominated by money and consequently corruption. It is also one of the great global entertainment spectacles, a four-week fiesta of the world´s most popular sport. It therefore has to be enjoyed by and accessible to everybody. But should it not be hosted by a country more qualified than South Africa, Qatar or Canada?

I realise that, by the time this is published, my face could be very red. And, when the victorious nation is revealed on 18 December, it may not be from Western Europe or South America. It may even be a team from what I have dismissed as a non-footballing nation.

Saudi Arabia, perhaps? That would be another shock result for the Kingdom.