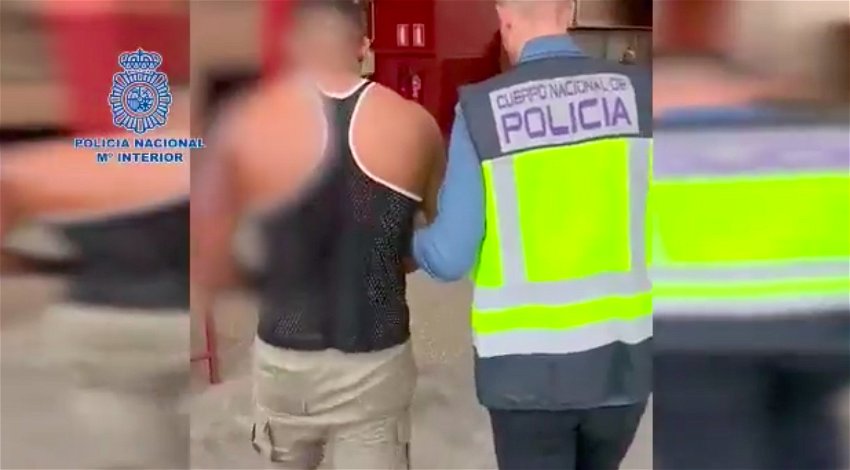 An American fugitive has been arrested in Almería on suspicion of murdering his ex-girlfriend and the attempted murder of her new partner.

The events occurred in June of last year in the state of Florida when the fugitive is alleged to have shot and killed his former partner, in addition to allegedly seriously injuring the woman’s current partner.

The same day of the crime, he had allegedly announced his intentions through social networks and “sent a message to the victim’s mother indicating that her daughter was going to die”.

The investigation to locate and arrest him in the province of Almería began thanks to the information provided by FAST USA, specifically from the US Marshals.

Today, Friday, December 2 officers from Policia Nacional arrested a fugitive in the Almeria town of Roquetas de Mar. He is accused of committing a murder and attempted murder in Miami, USA.

The information about the possible presence of the fugitive in Spain came from US Marshals after the incident in June 2021 in Miami-Dade, where he allegedly committed the crimes.

Throughout the same day, he “sent threatening messages through social networks, warning him about his actions”.

The woman died as a result of her injuries several days later, while the man survived.

Officers of the Fugitive Location Section began their own investigation, locating the presence of this fugitive in the town of Ciudad Real, where the detainee intended to establish his residence with his current partner.

After the search in the Castilian city of La Mancha was unsuccessful, the investigation pointed at that time to the province of Almería, where he was finally located and arrested in the town of Roquetas de Mar.