Ukrainian embassy in Madrid cordoned off after ‘bloodied package’ received 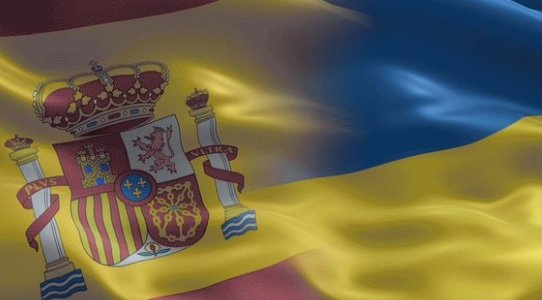 A ‘bloodied package’ containing animal eyes was sent to the Ukrainian embassy in Madrid as well as to several others across Europe.

The Ukrainian foreign ministry revealed today, Friday, December 2, that its embassy in Madrid had received packages similar to those sent to its embassies in other countries. Described as ‘bloodied packages’, today’s incident follows the recent spate of letter bombs in the country.

According to a ministry spokesperson, today’s packages contained animal eyes. There is a significant presence of armed police officers in the Spanish capital with the immediate area surrounding the embassy cordoned off.

Six letter bombs were discovered across Spain on Wednesday, November 30, all delivered to high-profile targets clearly associated with the ongoing conflict in Ukraine. These included Prime Minister Pedro Sanchez, the US embassy in Madrid, the Torrejon military air base, an arms manufacturing company, and a European satellite centre, as reported by news.yahoo.com.

According to reported sources, an embassy employee was ‘slightly injured and was taken to a hospital in the capital for treatment to his hand.

Speaking about today’s incidents, according to a translation from Reuters, Oleg Nikolenko, a spokesperson for Ukraine’s Ministry of Foreign Affairs, said in a Facebook post: “The packages contained animal eyes”.

He added that the packages had a distinct colour and smell and were wet. “We are studying the meaning of this message”.

Nikolenko revealed that similar gruesome packages had been sent to the Ukrainian embassies in Poland, Austria, Italy, Croatia, the Netherlands, and Hungary. Packages were also received at the Ukrainian consulates general in the Czech Republic city of Brno, Krakow in Poland, and Naples in Italy.