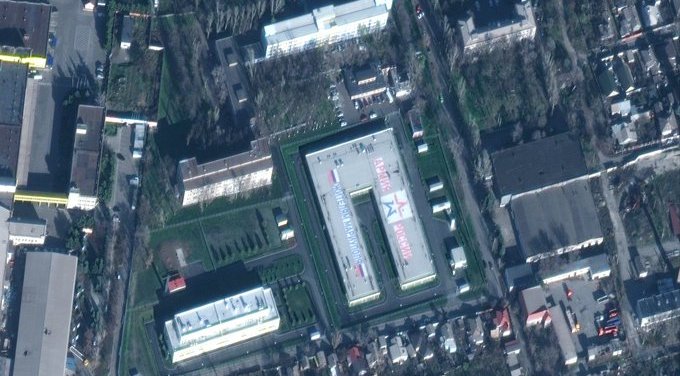 Russia is said to be consolidating its presence in war-torn Mariupol, a key port that links Russia to Crimea, as it builds a new army base and begins clearing the damaged buildings.

Images provided by earth observation company Maxar on Saturday, December 3 shows new mass graves being dug in the local cemetery and a large u-shaped building with the emblem of the Russian army on its roof.

A message on the roof of the building contains the inscription “For the people of Mariupol.”

According to analysts the change is a sign that Russia is settling in for the long run and that it has laid claim to the city, which it destroyed with its barrage of rockets.

In #Mariupol, a Russian military compound has been recently built in the north-center of the city. Notice the Russian Army slogan on the top of the roof. Satellite image from November 30, 2022. #Ukraine pic.twitter.com/GX2AwllUQM

According to the government in Ukraine more than 25,000 civilians lost their lives in the Russian bombing raids, however, the numbers have yet to be verified and perhaps never will be. The UN estimates that the death toll could run into tens of thousands.

Soldiers are said to be clearing the buildings of bodies and have screened off what remains of the city theatre, where many had taken refuge and died. The bombing of the building was described by Amnesty International as a “clear war crime.”

Official estimates suggest that as much as 90 per cent of the city’s infrastructure was destroyed in the indiscriminate bombing that left many buildings beyond repair. The satellite images would suggest that the Russian army is now clearing these away so that new buildings can be built.

The main city cemetery (Starokrymske) on the western side of #Mariupol has had significant expansion of the number of graves. Satellite images from March 29, 2022 (left) compared to November 30, 2022 (right). #Ukraine pic.twitter.com/XTDfI9GILN

The images also show significant amounts of building materials being stored at the city shopping centre, which also appears to be the point where the army is providing those citizens left with supplies and food.

Ukraine claims to have liberated more than half of the area taken by Russia, but as it advances it would appear that they may have a fight on their hands when they near the city of Mariupol where Russia appears to be consolidating its presence.