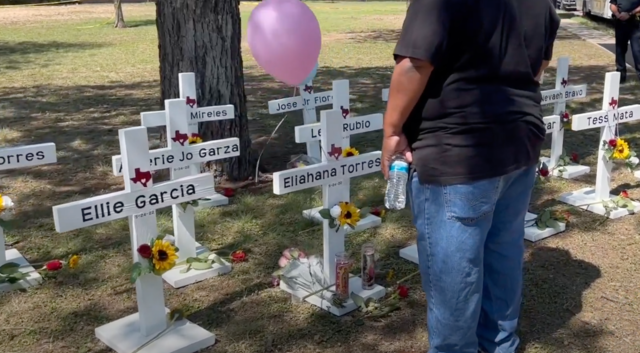 The victims of the Uvalde shooting that left 21 school children dead have filed a lawsuit seeking $27 billion in compensation from the police and local authorities.

According to the Washington Times late on December 2, the case was filed in Austin, Texas alleging that officials failed to follow active shooter protocol instead waiting more than an hour to confront the Robb Elementary school attacker.

The fourth graders who survived the attack have filed the class action suit seeking damages having suffered “emotional or psychological damages as a result of the defendants’ conduct and omissions on that date.”

The class action has been filed by the parents and representatives of the school children as well as staff from the school, with the attack that went on for over an hour leaving two schoolteachers and 19 children dead.

The lawsuit alleges that officers did not follow training received to stop an active shooter “the conduct of the three hundred and seventy-six (376) law enforcement officials who were on hand for the exhaustively torturous seventy- seven minutes of law enforcement indecision, dysfunction, and harm, fell exceedingly short of their duty-bound standards.”

As of Friday night, the City of Uvalde officials said they had not been served the paperwork and were unwilling to comment after being contact by the Washington Times. Likewise, the Texas Department of Public Safety and the Uvalde Consolidated School District have yet to respond to requests for comment.

In the summer a group of Uvalde survivors sued the manufacturer of the guns, Daniel Defence, which the shooter used as well as the store where he bought the gun. That lawsuit is seeking $6 billion in damages.

Marty Daniels, the company’s CEO, told a congressional hearing shortly after the shooting that it was “deeply disturbing” but said guns were not the issue, but that people were and that mass shootings were based in local problems.

A number of other lawsuits have been filed, mainly by the families of those that died, whilst at least two officers have been fired over the inaction.

Colonel Steve McCraw, the head of the Texas Department of Public Safety, has acknowledged mistakes were made but defended their actions saying they “did not fail” Uvalde. McCraw was lambasted for changing his story multiple times post the event.

The Uvalde victims, however, disagree and have filed their $27 billion lawsuit claiming the police inaction led to 21 deaths.