10,000 troops sent into San Salvador in crackdown on street gangs 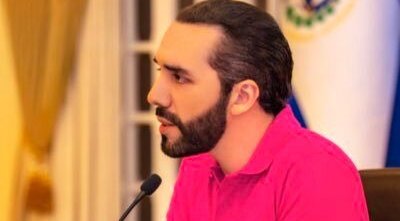 10,000 troops have been sent into San Salvador the by the country’s government in the next phase of a nine-month long crackdown on street gangs.

President Nayib Bukele confirmed on Sunday, December 4 that the municipality of Soyapango was now completely surrounded and that extraction teams were removing known gang members.

Some 8,500 troops are involved as are 1,500 police agents with roadblocks stopping all access and departures.

The city has been stifled by corruption and street gangs that demand protection money, who run extortion rackets and who rule many of the neighbourhoods.

Since coming to power in March Bukele has overseen the jailing of more than 58,000 people the drastic action being taken after a state of emergency was declared following a wave of murders.

The tactics being employed have been used elsewhere in the country and to great effect, with the most recent being the crackdown in Comasagua in October that resulted in the arrest of 50 people within two days. Supporting the stop and search tactics are a series of drones that are used to monitor the town.

Bukele has said: “It worked” with the government estimating that homicides dropped 38 per cent in the first 10 months of the year compared to the same period of 2021.

Congress granted Bukele the extra powers to enable him to deal with the crime problem in the country, powers that enabled him to put the country in a state of emergency and in doing so remove some of the constitutional rights of citizens.

Police now have greater powers to stop and search, to arrest and to hold a suspect up to 15 days without access to legal counsel. They also have the right to intercept phone calls and mail of anyone they suspect of wrongdoing.

Critics and human rights campaigners say that people are being arrested based on their age and looks or purely given where they live. However, the government has defended the policy saying it needed to bring the 70,000 or more gang members to justice if it is to bring an end to the killings.

With gang members having operated with impunity more drastic measures were deemed necessary such as the use of the 10,000 troops sent into San Salvador in crackdown on street gangs.