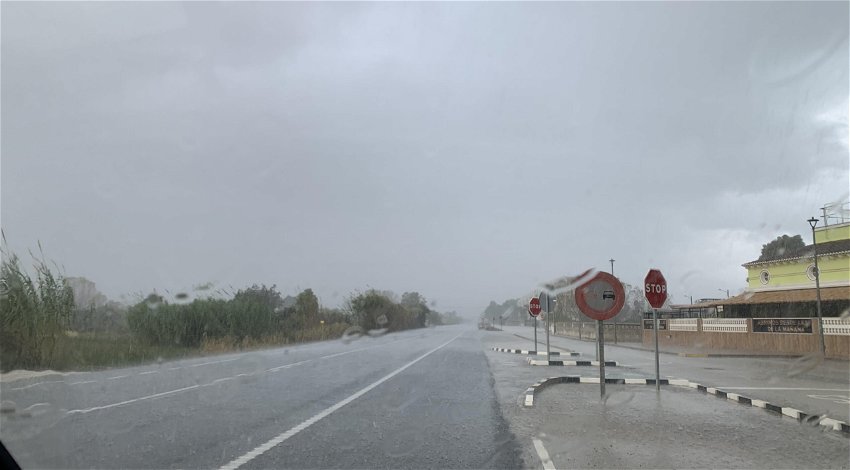 Monday is set to bring more stormy weather and heavy rains to the Iberian Peninsula with the arrival of another Atlantic front.

AEMET, Spain’s meteorological agency, said on Sunday, December 4 that the storm will make landfall on Monday in the southwest of the country.

Andalusia and the southern parts of Extremadura will be most badly affected with as much as 50 litres per square metre expected to fall within the first few hours of the storm’s arrival.

The storm will also affect Portugal and the Canary Islands but the wind that will accompany the storms is said to be warm and will help to push up temperatures across most of the peninsula. The northern parts of the country will, however, remain cool as will central regions with overnight temperatures very cold.

The cloudy rainy conditions will spread throughout the country towards the southeast interior, Valencian Community, eastern Cantabrian, Pyrenees and Ebro valley. The rainfall will be weaker and is not expected to persist.

The rain is not expected to reach the most eastern parts of the country and nor the Balearics.

Some thunderstorms are expected in the Canary Islands, with cloudy conditions and scattered rainfall affecting most of the area. Exposed areas to the Southwest will experience the highest rainfall.

Snow is also expected above the 2,000 meters mark in eastern Andalusia and in the centre of the country, where it could in areas drop down to 1200 metres. Similarly in the Cantabrian Mountains snow could fall as low as 1400 and likewise in the Pyrenees.

Strong winds can be expected along the southwest of the Canary Islands and in the southerly regions of Spain and the Balearics.

The stormy weather than Monday will bring should pass over quickly and bring a respite from the cold in many parts.