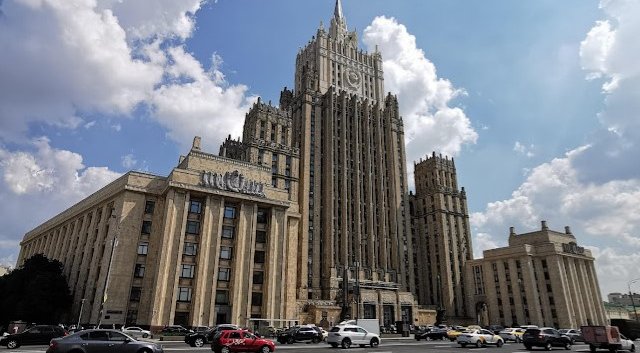 The Russian Ministry of Foreign Affairs has responded with outrage at the French suggestion of creating a tribunal for ‘Russian crimes of aggression’ in Ukraine.

The Russian Ministry of Foreign Affairs issued a cutting response to the recent statement from the French Ministry for Europe and Foreign Affairs regarding its plans to create a “special tribunal for the crimes of Russia’s aggression”.

In a post on its official Twitter account on Friday, December 2, the Government department wrote: “The war crimes committed by the French during colonialism, in Algeria during the war of independence, then in Indochina and, most recently, in Libya, remain unpunished and stripped France of the moral right to make statements of that kind”.

It posted a full statement on its Telegram channel: “In addition to their attempts to involve the International Criminal Court, the Western countries have decided to push forward the idea of creating another openly politicised ‘judicial’ body which, in fact, has absolutely nothing to do with justice”.

“We demand that French diplomats, who are so sensitive about human rights issues, not divide people into ‘right’ and ‘wrong’, ‘their own’ and ‘others'”.

“Of the numerous teams of lawyers and crime experts that France is sending to Ukraine, at least someone should look into the widely covered atrocities committed by the Ukrainian nationalists and visit Russian territories that are subjected to the Ukrainian forces’ artillery and missile fire”.

“This is not the first time that we are encountering Western countries’ hypocrisy in the humanitarian aftermath of hostilities. The crimes committed by the United States and its allies in Yugoslavia, Iraq, Libya, and Syria, to name a few”.

“These led to numerous civilians being killed with weapons manufactured by the US or European defence companies can be clearly seen by the people of these countries, their neighbours in the regions, and everyone else who is not part of the notorious ‘golden billion'”.

“attempt by the Western countries to quickly cobble together a quasi-judicial mechanism, unparalleled in its legal nihilism, is yet another example of the double standards practiced by the West. This insider system will never have jurisdiction over Russia”.

“We suggest that Paris start by creating a special tribunal for its own crimes committed during colonial wars, various punitive operations, and interventions in various parts of the world”.

The full Ministry statement can be read at: https://mid.ru/en/foreign_policy/news/1841537/