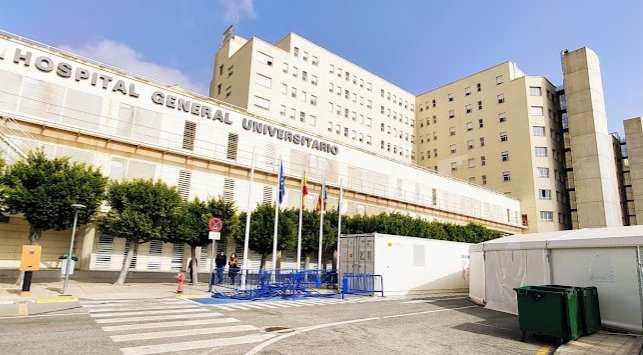 An 11-year-old boy died on the Costa Blanca after falling from the fifth floor of a hotel in the town of L’Alfàs del Pi.

An 11-year-old boy died in an Alicante hospital late last night, Sunday, December 4, after suffering a fall from the fifth floor of a hotel on the Costa Blanca. The boy was admitted to Marina Baixa de la Vila Joiosa hospital yesterday after the incident at a hotel in the Alicante municipality of L’Alfas del Pi.

It is believed that the boy was performing parkour, with a dome collapsing after the boy stepped on it, causing him to fall around 50ft. After receiving an emergency call at around 3pm the CICU operator immediately deployed two ambulances to the Hotel Sun Palace Albir & Spa.

Medics from the SAMU and SVB emergency services attended to the boy and stabilised him at the scene. According to official sources, the wounded man had multiple injuries. He was rushed in the advanced life support ambulance to the Marina Baixa de la Vila Joiosa hospital.

His 47-year-old mother was taken in the basic life support unit and admitted to the same medical facility after she suffered a panic attack upon hearing of his accident. The boy was subsequently transferred in a SAMU unit to Alicante University Hospital. On arrival in Alicante, the Local Police force cleared the route to the hospital.

The assistance of La Vila Joiosa Local Police force was requested to assist with the swift transfer by escorting their vehicle to the motorway. Once on the motorway, the Guardia Civil took over escort duties. Sadly, the boy passed away in the facility today from his injuries, as reported by levante-emv.com.

A spokesperson for the Guardia Civil told dailymail.co.uk: “We are investigating, but everything is pointing to the tragedy being the result of negligence on the part of the youngster who died. He wasn’t staying at the hotel in Alfaz del Pi where it happened and got onto the roof of the building with another friend to practice parkour”.

They continued: “In an accident he appears to have fallen about 52 feet, landing in the reception hall on the ground floor. He was taken to hospital in a very severe state, first Marina Baixa Hospital in Villajoyosa and then Alicante General University Hospital, where he died on Sunday night around 11.30pm”.

“The dead child is a Norwegian boy aged 11 who lived in Alfaz del Pi. That is the only information we have at the moment”, they concluded.