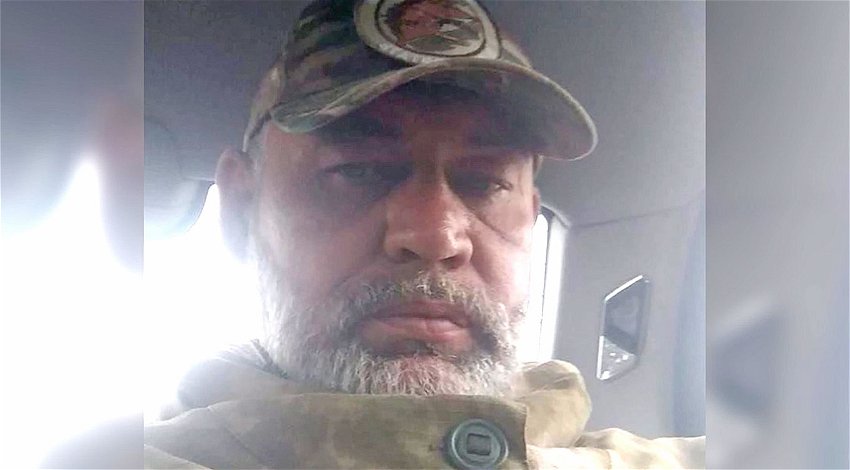 A Russian officer has been found dead after telling his wife that he feared execution following the desertion of some of his troops.

According to The Insider on Monday, December 5 Victor Sevalnev had been released early from jail so that he could serve in the army.

In a phone call to his wife days before he expressed fears that he would be executed after some his soldiers from the 7th motorized rifle company of the Luhansk “people’s militia,” deserted.

NGO Gulagu.net. said that his wife Lilia told them of his concerns and shared with them a recording of the call. In the call he tells his wife that he would be removed from the hospital where he was recovering from a combat wound for “execution.”

He said: “Today it’s me, tomorrow — another [soldier], and that’s it. We are just material to be slaughtered.

Last week Lilia was told that her husband had died on November 25 from shrapnel wounds and a powerful blow to the head. They also told her that his body would be sent to Moscow in a zinc coffin. Such coffins are used mainly to spare families seeing the heavily disfigured remains of their loved ones.

Gulagu.net said that Sevalnev was transferred from Correctional Colony No. 3 in the Kaluga region to a military camp in Luhansk. He reportedly signed a contract with the Defence Ministry in October after his son Oleg died in combat. His son was also recruited by the mercenary group Wagner in the same prison.

Earlier this year Russian President Vladimir Putin changed the laws in Russia to allow for those with a criminal record, but who were not in prison to be recruited, however, Wagner were seemingly given the go-ahead to do deals with those that are still incarcerated.

According to Olga Romanova, the head of the Moscow-based organisation Russia Behind Bars, nearly 40 prisoners recruited by Wagner have been executed. The mercenary group obtain a release for the prisoner but in doing so say they will be killed if they surrender or desert their unit. .

Since late June, a growing number of reports have emerged of Russian prisoners being recruited by Wagner, which is known to arrange early release for inmates who agree to fight in Ukraine, while also threatening them with death if they desert or surrender.

A former prisoner Yury Butusov, said in an interview with a Ukrainian journalist that he had been recruited by Wagner and would be killed if he was sent back to Russia. He pleaded: “They will immediately kill me. I know they will kill me. Please, no exchange,” Butusov’s identity was confirmed by a family member.

It would appear from other reports that indeed the Russian Officer who feared execution after his troops deserted, was murdered.