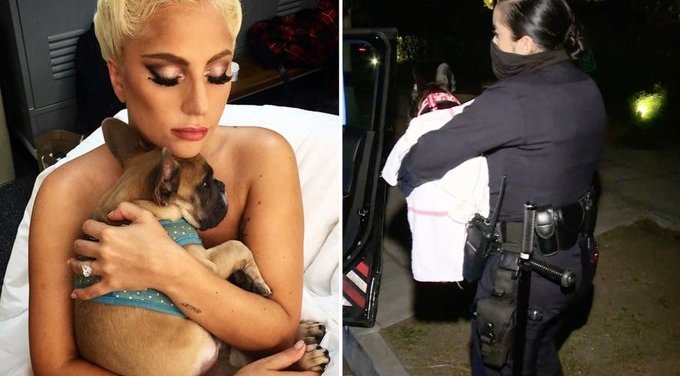 James Howard Jackson, who was one of three men who stole Lady Gaga’s dogs, has been sentenced to 21 years in prison for shooting her dog walker.

According to the Los Angeles County District Attorney’s office on Monday, December 5, Jackson entered a no contest plea to one charge of attempted murder.

Detectives say they don’t think that the three thieves knew who the dogs belonged to, but rather knew their value which run into thousands of dollars each.

The said that Jackson and the others drove around Hollywood and the San Fernando Valley on 24 February 2021 “looking for French bulldogs.” The came across Ryan Fischer walking Lady Gaga’s three pets, which they tried to steal. Fischer resisted and was shot in the process.

He made it to a nearby doorbell camera where he was recorded shouting: “Oh, my God! I’ve been shot!” and “Help me!, I’m bleeding out from my chest!” After the event he said that he had “a very close call with death.”

Lady Gaga offered a $500,000 no questions asked for the safe return of the animals. They were returned some days later by Jennifer McBride who was also charged as an accomplice in the theft.

According to the District Attorney’s office, Jackson admitted grievous bodily harm. An accomplice Harold White who was in a relationship with McBride at the time, pleaded no contest to possession of a firearm by an ex-convict. They will be sentenced next year.

White’s son, Jaylin pleaded earlier this year to second degree and was sentenced to four years in a state penitentiary.

Dog theft has become a major problem in many countries as prices skyrockets, but while most go off without a hitch this one resulted in 21 years in jail for shooting Lady Gaga’s dog walker.