UPDATE: Sex and living out of wedlock banned in major backward step 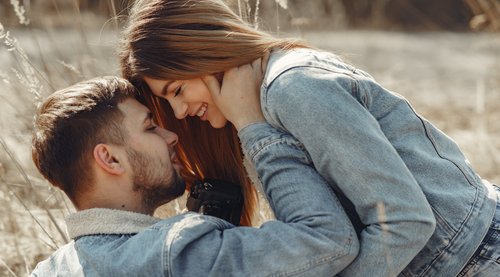 07:10 (December 6) – In a move that campaigners say sets the country hundreds of years, the Indonesian government has approved a bill to outlaw sex and livign together out of wedlock.

Concerns have also been raised for the LGBTQ community, with non-traditional marriages not allowed in the moderate Muslim country.

Critics fear the rules could have a major impact on the LGBTQ community in Indonesia, where gay marriage is not allowed https://t.co/ugNTbs01Vb pic.twitter.com/u7NuMERs3S

18:23 (December 5) – Indonesia, a Muslim country and the fourth most populated on earth, is targeting unmarried couples as it looks to ban sex and living together out of wedlock.

According to a report by Sky News on Monday, December 5, a bill going through the People’s Consultative Assembly seeks to criminalise extramarital sex and to put an end to unmarried couples living together.

If approved those found in contravention of the new law could face a jail term of up to a year, irrespective of whether you are an Indonesian citizen or not.

Bivitri Susanti, a law expert from the Indonesia Jentera School of Law, agrees with legal experts and civil society groups who say the proposed changes are a major setback for the nation.

He added: “The state cannot manage morality. The government’s duty is not as an umpire between conservative and liberal Indonesia.”

Previous plans to ratify a new draft of the code, which will be voted on tomorrow, resulted in mass demonstrations with tens of thousands of protesters taking to the streets.

Those protests turned violent and are likely to reoccur with many being opposed to the revisions to the code, which date back to the colonial era.

So far, the protests have been muted but those who have been say it is clearly a private matter and that we will keep rejecting the interference in our lives.

Although the country is predominantly Muslim there are also large Christian and Hindu populations, as well as people of the other faiths.

The country, which normally practices a moderate version of Islam, has seen a rise in religious conservatism within the ruling party.

Bizarrely the revised code only allows for relatives to report any for breaking these law changes, which if approved could take up to three years to be promulgated as the regulations need to be drafted and approved.

Other changes that are envisaged are a clear sign of a move towards a more dictatorial society, with the president allowed to file a complaint if they feel they have been insulted. That could lead to the person doing the insulting receiving a prison sentence of up to three years.

Spreading views counter to the secular national ideology, known as the Pancasila, will also become a crime under the new code.

The proposed code will be a major setback for Indonesia with the assault on unmarried sex and living together out of wedlock a return to past conservative policies that are counter to modern thinking.