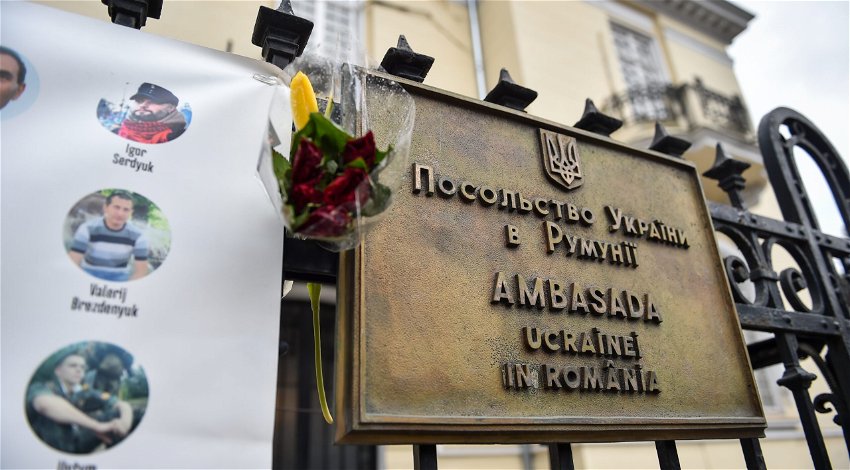 TWO suspicious packages arrived at the Ukrainian Embassy in Bucharest, Romania on Tuesday, December 6, according to local reports.

Following multiple similar packages arriving in Spain over the past week, the Ukrainian Embassy in Romania’s Bucharest received two suspicious packages on the morning of December 6.

Two envelopes with suspicious contents arrived at the headquarters at around 11 am and police were quick to secure the area, as reported by stiridiaspora.ro.

“The SRI teams went to the Embassy of Ukraine today, following a 112 call, stating that several suspicious envelopes had been received. The pyrotechnicians started the standard procedure to investigate them,” the Romanian Security Service said.

“Following the pyrotechnic control, it will be determined whether they will need to be lifted and transported safely.”

Police sources confirmed at the time that they were detected by the security systems of Post Offices, who subsequently informed the National Police.

These packages bore similar characteristics to those received on Friday, December 2, they added.

Suspicious envelopes were delivered to the Ukrainian embassy in Madrid and also to other embassies and consulates of that country in different parts of Europe.

After the shipment was intercepted on December 2, the National Police transferred the details of the envelope to the Post Office.

Over the past few weeks, other envelopes were intercepted, some containing gunpowder and small shrapnel balls, which were sent to Pedro Sanchez, the President of the Spanish Government; Margarita Robles, Spain’s Defence Minister; the embassies of Ukraine and the US, Torrejon de Ardoz air base, and to the arms manufacturing company in Zaragoza Instalaza.

Sources indicated this weekend that these six envelopes came from Valladolid and from the same author, although he has not yet been identified.