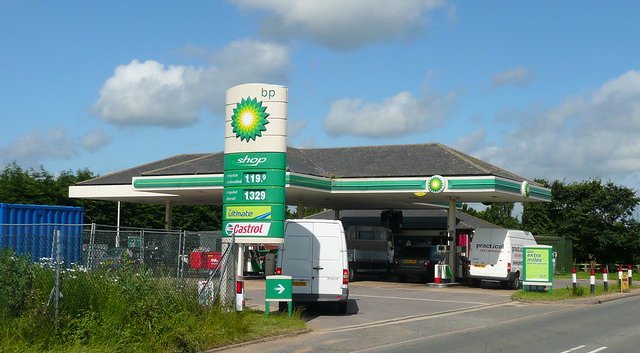 MPs have told parliament that BP should donate its “wartime profits” to Ukraine of face a special windfall tax.

According to the Guardian on Wednesday, December 7 MPs from both sides of the house also told the government during a debate put pressure on the government to force BP to leave Russia altogether.

BP has a 19.75 per cent stake in Rosneft, one of Russia’s largest and most important oil producers. The company had said that it would divest of its interests in Russia soon after the invasion of Ukraine, however, it has so far not reduced its interests in the country.

Rosneft has offered BP a dividend said to be worth around £580 million (€673 million), roughly one third of the UK’s direct aid to Ukraine this year.

The debate took place after Labour MP Dame Margaret Hodge raised an urgent question on the matter. Opening the debate she said: “It is utterly shameful that a large, publicly listed British company profits from the sale of oil that is funding Putin’s war.

“BP must either voluntarily donate the entirety of its Russian dividends to the reconstruction of Ukraine, or the government must take action to force them to do so.

“BP’s claim that it is locked in as a shareholder is both laughable and easily solved. They should heed calls by Zelenskiy’s chief economic adviser and give up their wartime profits to the reconstruction of Ukraine and victims of the war.”

Responding to the demand, James Cartlidge, Exchequer Secretary to the Treasury, said: “The government does not comment on individual commercial decisions and the process of divesting from Russia will be complicated for companies who need to ensure compliance with financial sanctions.”

He added that said £18.4bn (€21.35 billion) of Russian assets had been frozen and that the government wanted to see divestment and “support companies in taking action.”

He finished saying: “I’m happy to look at what further can be done in this space.”

But MPs said that more needed to be done with Conservative MP Julian Lewis adding: “What we’re looking for here is a way of government being able to intervene to stop private companies somehow drilling a hole in the bottom of the bucket while we are pouring in water at the top.

“Is there nothing really that can be done to impound or confiscate or levy a tax against money that has been raised in this unacceptable way?”

BP has yet to provide an update on divestment, which may be proving difficult in the current climate. It has also said that it has yet to receive any dividend but that it would be placed into a special fund, “a highly restricted Russian bank account from which money could not be transferred without Russian government approval.”

Chancellor Jeremy Hunt is due to meet oil and gas firms on Friday, which will provide a clearer indication of what action and direction the government will take. Hunt in his autumn statement increased the windfall levy payable by these companies.

What will be discussed or agreed has yet to be revealed as BP is told donate ‘wartime profits’ to Ukraine or pay windfall tax.