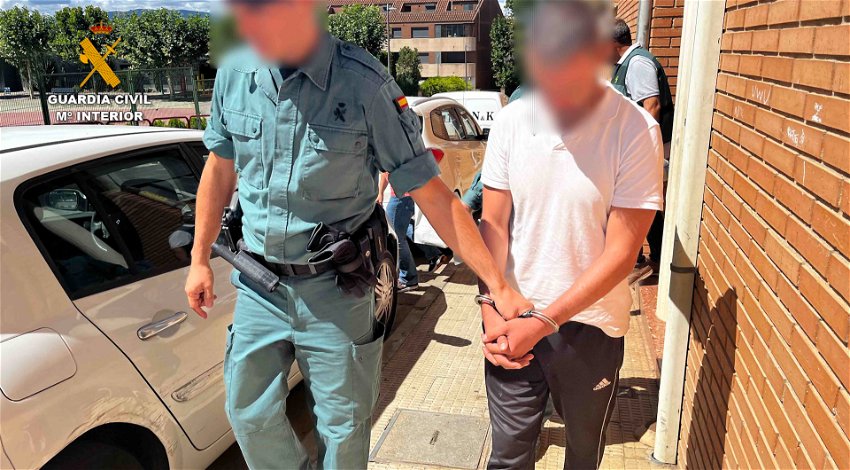 A SNIPER has been arrested in Spain’s La Rioja after causing panic in the town of Villamediana de Iregua for shooting homes and schools, as reported on Wednesday, December 7.

Spain’s Guardia Civil, within the framework of the “Necromancer operation”, arrested a 41-year-old man accused of being a sniper who created “panic in the La Rioja town of Villamediana de Iregua for shooting homes and schools with compressed air weapons, with the consequent risk to people.”

According to the Guardia Civil, up to six complaints were filed by different residents of Villamediana de Iregua and officers set out to discover who had allegedly fired numerous shots fired at chimneys and antennas of residential buildings, a school and a nursery.

A surveillance operation began and following several months, officers were able to identify the man on several occasions.

In a statement on December 7, the Guardia Civil noted that officers seized three long weapons of the 5.5mm calibre, two visors, a box of ammunition, a large knife and various accessories at different controls located inside the suspect’s car.

In addition, the ballistic comparison of the projectiles collected during the surveillance operation determined that they were fired from one of the seized rifles, while analysis concluded that the weapons certification was forged.

A raid on the man’s home uncovered three more modified weapons, tools and accessories for the manipulation of weapons, telescopic sights, and accessories for precision shooting. While two taser pistols with the appearance of a torch, eight boxes of ammunition of different calibres and forged weapons certificates were also seized.

It was reported that in addition to the weaponry, different drugs were found which he shared with his partner.

Around 120 MDMA pills together with small quantities of hashish and speed were found at the property, which was located just a few metres from a school and a nursery.

It was also reported that the property was frequented daily by other drug users.