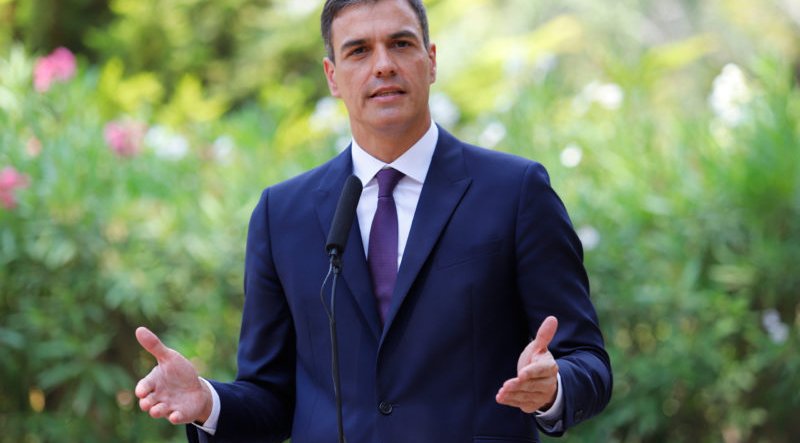 The Spanish Government is studying the implementation of measures to contain the price of food.

Pedro Sanchez, the President of the Spanish Government, announced on Tuesday, December 6, that a new package of measures to deal with inflation will be presented at the end of December. They will include the possibility of implementing measures to contain the price of food he said.

This was highlighted by the president during a meeting with journalists in the framework of the celebration of Constitution Day at the gates of the Congress of Deputies.

As the president explained, many of the current measures will be maintained, but “very ambitious” new measures will be added. Among the measures that the Executive would be studying are those to contain the price of food, a fact that the Government had ruled out so far, previously alleging the “proper functioning” of the food chain law.

Concern about the price of the shopping basket is a matter that has been on the rise since mid-year. The CPI for food made a significant jump to double figures in April of this year and has continued to climb ever since.

Within this framework, last September, Yolanda Diaz suggested reaching an agreement with the large distributors and supermarket chains to establish a basic shopping basket at limited prices to contain inflation. Diaz then called for the “commitment” to the country of all those involved to help deal with an exceptional situation.

“Food prices are making everyday life difficult for families. Neither the large distributors nor anyone else can show indifference”, Diaz asserted. However, the measure caused fissures within the Government.

Luis Planas, the Minister of Agriculture, Fisheries and Food, reiterated his rejection of setting a basic food basket with a maximum price and advocated “voluntarily” adjusting prices “with the collaboration of all those involved in the food chain”.

“What is needed is to make a collective effort so that each one assumes responsibility for it. With dialogue and effort on the part of all, we can ensure that citizens have food at better prices”, defended the minister, as reported by lasexta.com.

With price increases of up to 15 per cent in this basic sector for citizens, the Government is looking for other alternatives. Specifically, according to the inflation data for the month of October, the price of food has continued to rise, placing its rate at 15.4 per cent compared to 2021, the highest since the beginning of January 1994.